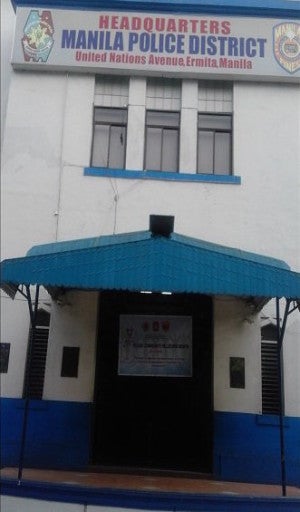 MANILA — A police community precinct commander was relieved on the spot from his post after a team conducting clearing operations discovered what the city hall said was a suspected drug den under a bridge in Binondo, Manila, on Wednesday.

Supt. Amante Daro, station 11 commander, said he relieved Chief Insp. Luis Guisic of the San Juan police community precinct because under the “principle of command responsibility,” commanders like him “have accountability” for problems within their jurisdiction.

“We will relieve (Guisic) for  the meantime but if it is proven that he has no fault in anything, we can bring him back,” Daro told reporters after the clearing operations on San Juan Luna and Sta. Elena Streets in  Barangay 287, Zone 27, led by the Department of Public Safety.

Daro said the recovery of drug paraphernalia from a “shanty”–a “suspected drug den,” according to the city hall statement—under the Muelle de Binondo bridge was “incidental” to the clearing of makeshift shanties in the area.

He said members of the DPS found the two water pipes, three lighters and “a lot of” aluminum foil, among others there, prompting them to notify the police about the discovery.

Neighbors then told the police the shanty located only a few meters from PCP 7 was occupied and owned by Robert Regio, 50.

Daro said Regio, who was found “hiding” nearby, insisted the items were only for his “personal consumption.” He was arrested and will be charged for violation of the Comprehensive Dangerous Drugs Act.

“Based on our evidence, on the volume (of drug paraphernalia recovered), it appears these (the paraphernalia) were not for personal use only,” Daro said, noting, however, that no drugs had been found in the structure. 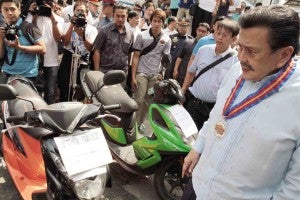 Manila Mayor Joseph Estrada, who rushed to the scene and was mobbed by cameramen and photographers, expressed support for the police’s hardline campaign against illegal drugs, which “already proliferate.”

“What our President (Rodrigo Duterte) is doing is right..Our country is already in danger..Let us all unite, and finish off these druggies (Ubusin natin ang mga durugista na ito),” the mayor told reporters.

Estrada, who expressed surprise at the discovery of the paraphernalia, also stressed the role of barangay chairs in the fight against drugs.

“The police cannot (do this) on their own. The barangay chairs are needed. The barangay tanods. They know who the drug pushers and users are in each barangay,” he said.