Leni worried over legal fees, not substance, of poll protest 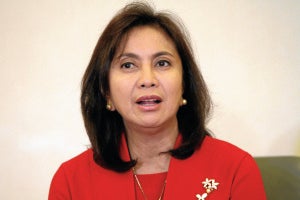 MANILA — Vice President Leni Robredo said on Wednesday, she was more concerned with the legal fees involved in the electoral protest filed against her by former Senator Ferdinand “Bongbong” Marcos, Jr., rather than the substance of the case.

“If I have any worry (about the protest), it would be how much the legal fees would cost and where would I get the money. I cannot charge it to (the Office of the Vice President) and I do not have personal money to pay for it,” Robredo said in a press conference.

She said her lawyers, including lead counsel Romulo Macalintal, volunteered their services to her for free during the canvassing.

The Vice President said it was already embarrassing if Macalintal would still work on the “full blown case” for free.

“We know the accusation is baseless. I will leave it up to the lawyers to answer. But we are not worried about explaining because we are not hiding anything,” Robredo said.

The Supreme Court, sitting as the Presidential Electoral Tribunal (PET), has given Robredo 10 days to respond to Marcos’ protest.

The PET also directed the Commission on Elections (Comelec) to retrieve the electoral returns in question for a manual recount, judicial revision, and technical examination.

Robredo, a lawyer, said she was not bothered by the PET directive as it was part of the “normal course of any case.”

The Vice President expressed hope the protest would be resolved immediately to get it out of the way so that she could concentrate on work.  SFM