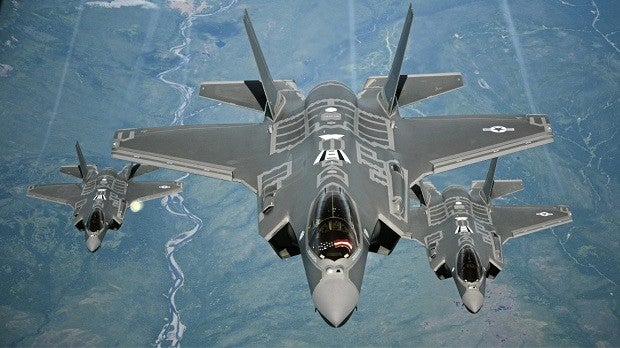 WASHINGTON, United States — The US Air Force on Tuesday declared an initial squadron of F-35A stealth fighters as ready for combat, a major milestone for the futuristic aircraft dogged by delays and cost overruns.

The squadron of about 12 planes is based at Hill Air Force Base in Utah and the planes’ combat rating — known as initial operational capability — comes after completion of a raft of tests and training exercises.

“The F-35A will be the most dominant aircraft in our inventory, because it can go where our legacy aircraft cannot and provide the capabilities our commanders need on the modern battlefield,” said General Herbert “Hawk” Carlisle, who heads the US Air Combat Command.

Air Force officials did not give a timeline of when the squadron might see combat, but said an overseas deployment is likely by early 2017.

“This is just the beginning, this is an interim step that will get us to what the full combat capability of the F-35 eventually will be,” Carlisle said.

The US Marine Corps last year announced that an initial group of F-35Bs had attained initial operational capability, though these have not yet been used in combat.

With a price tag of nearly $400 billion for a total of 2,443 F-35 aircraft — most of them destined for the Air Force — the plane, built by Lockheed Martin, is the most expensive in history.

But the program has faced numerous setbacks, including a mysterious engine fire in 2014 that led commanders to ground planes until the problem could be resolved.

Other issues have led to delays and cost overruns, including software bugs, technical glitches and even a faulty eject system that risked killing pilots who weighed less than 136 pounds (62 kilos).

“Learning the lessons from this program’s failures and those of too many others, the Senate Armed Services Committee will continue to press forward with reforms to our cumbersome defense acquisition to ensure taxpayer dollars are spent efficiently,” he said,

The Air Force’s F-35A is one of three variants of the aircraft, designed to conduct conventional landings and take offs.

The F-35B, used by the Marine Corps, is capable of short take-offs and vertical landings, and the Navy’s F-35C is built for use on aircraft carriers.

Ten ally nations have also ordered F-35s for their own air forces.