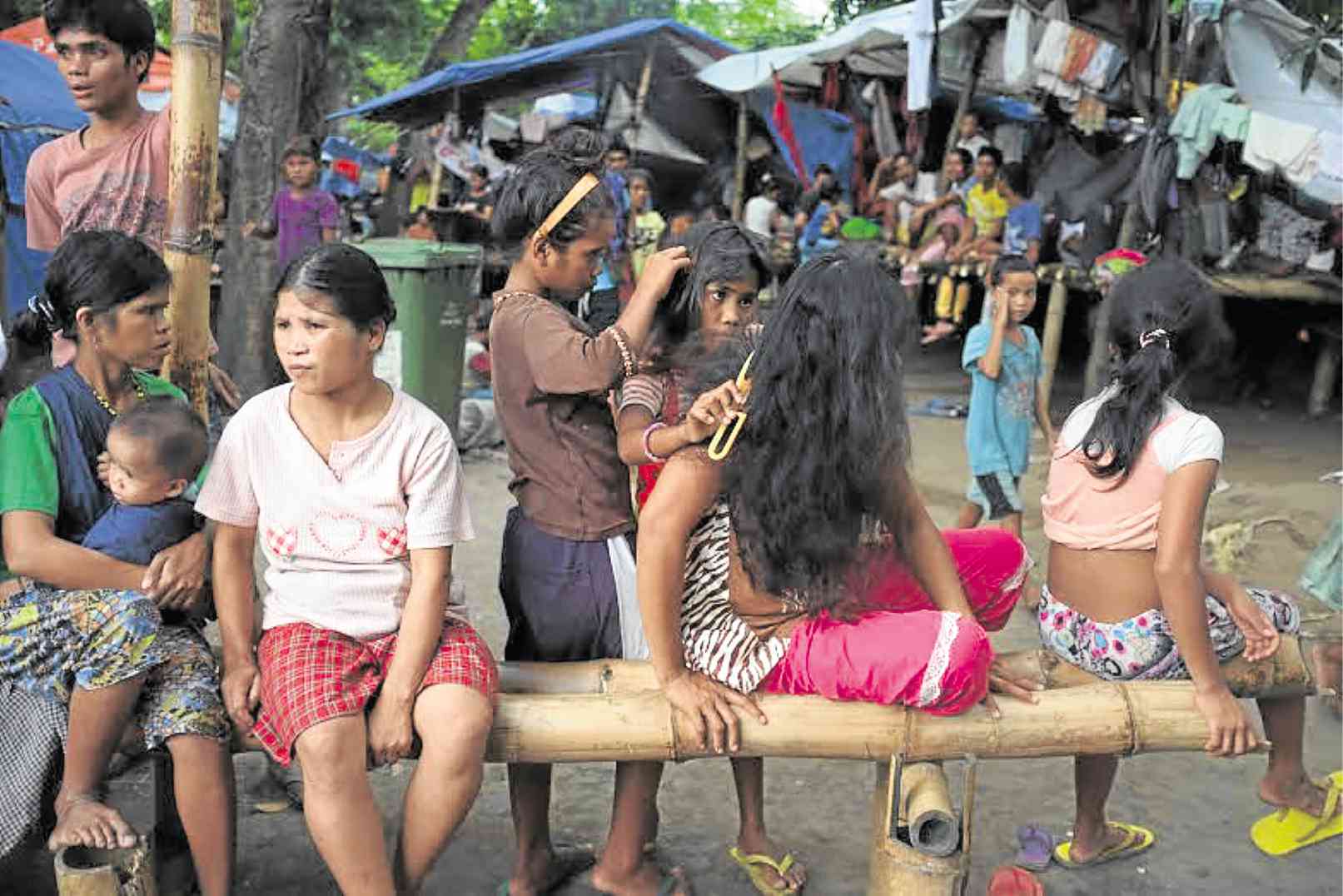 FAR FROM HOME A group of Manobo women whiles away time in an evacuation center in Davao City. Hundreds of “lumad” were displaced from Talaingod and Kapalong towns in Davao del Norte province following a series of attacks allegedly by government forces. The evacuees have been away from their communities for more than a year now. KARLOS MANLUPIG / INQUIRER MINDANAO

DAVAO CITY—Uncertain about their security in the countryside, especially in the wake of last week’s ambush that killed a government militiaman and wounded four others in Kapalong town in Davao del Norte province, “lumad” (indigenous)  evacuees at Haran here have been hesitating to return to their communities, a lumad leader said on Saturday.

Kerlan Fanagel, chair of the Pasaka Lumad Confederation, said  more than  300 lumad staying at Haran here since fleeing their homes in 2015, were now thinking twice about going home.

“They are assessing the situation but the ambush certainly has an [impact on] their decision to return to their villages,” Fanagel said in an interview by Radyo ni Juan here.

The remaining lumad evacuees at Haran were mostly from villages in Davao del Norte.

Asked what exactly was the fear among the lumad evacuees, Fanagel said they were worried about getting caught in the crossfire anew.

But then, he said the evacuees were raring to go home and were keenly observing developments.

“They said they needed to make sure that it was really safe for them to return,” Fanagel added.

Last week, thousands of lumad who had fled their homes due to military operations and alleged abuses by soldiers started preparing to return to their communities after President Duterte assured them it was now safe for them to do so.

Fanagel, in an earlier interview, said Mr. Duterte also promised that he would ensure the relief and rehabilitation of the returning lumad, through the assistance of the Department of Social Welfare and Development (DSWD).

“We are now processing with the DSWD our request for relief and rehabilitation. Mr. Duterte said there is an existing budget for this,” Fanagel told the Inquirer.

Fanagel was among lumad leaders who met with the President on July 25 after the his State of the Nation Address.

“The President told us to trust him. Our people, he said, can now return to our villages,” Fanagel said. Allan Nawal, Inquirer Mindanao