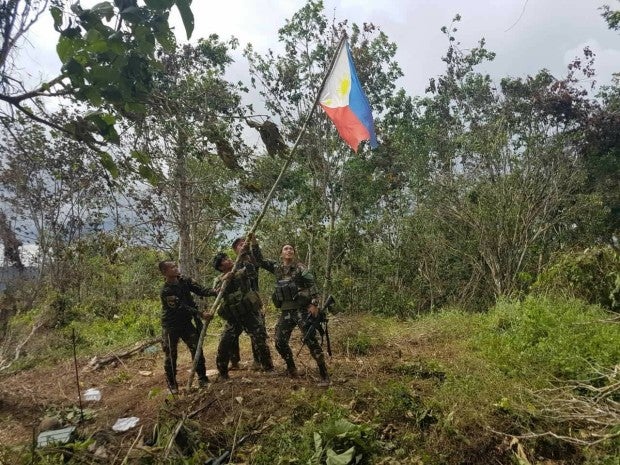 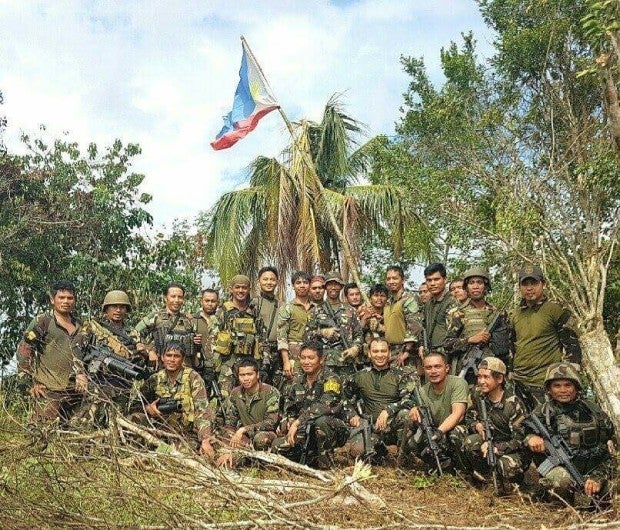 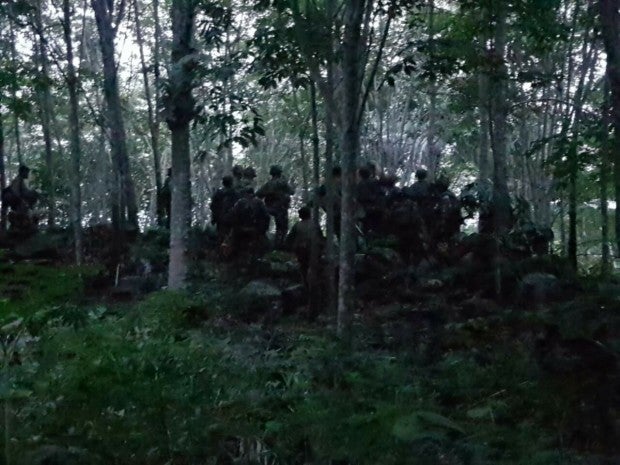 Scout rangers take over a defensive position of the Abu Sayyaf in Basilan. CONTRIBUTED PHOTO 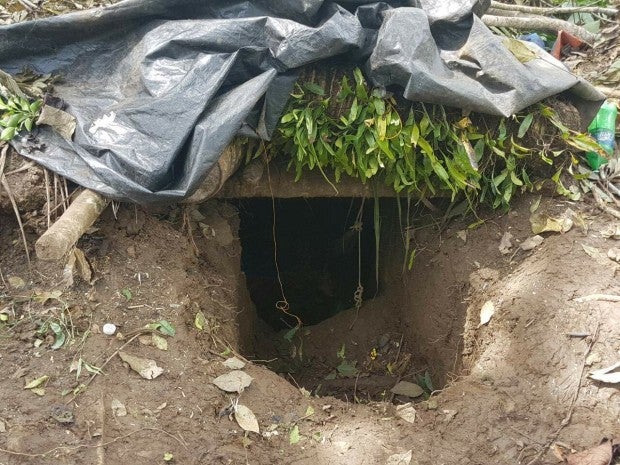 The site had foxholes, which go about 10-feet deep and are bomb-resistant. CONTRIBUTED PHOTO

The Army’s elite Scout Rangers made a symbolic hoisting of the Philippine flag on Friday afternoon after it gained full control of one of the defensive positions of the notorious Abu Sayyaf Group in Tipo-Tipo, Basilan.

The flag was raised at Hill 490, one of the staging points of the Abu Sayyaf in trying to shoot down choppers, and attacking military detachments and headquarters.

An insider from the Joint Task Group Basilan, who spoke on the condition of anonymity because he was not authorized to speak to the media, narrated that the Scout Rangers trekked the opposite side of the cliff, where the terrorists least expected them, for three days to evade detection.

The Western Mindanao Command said that nine soldiers were wounded from the clashes that started Friday morning.

But the officer claimed 17 Scout Rangers were wounded from the clashes with the Abu Sayyaf. Only 11 soldiers were brought to the hospital, while the rest with minor injuries did not seek further medical treatment.

Four Abu Sayyaf members were killed from the clashes, which the soldier described as a “bunker-to-bunker fight.” The troops were able to recover a .50 caliber machine gun while other rebels fled.

Hill 490, which appears to have been designed for battle, has foxholes around — the fortified shelters with overhead covers made of round logs. Landmines were also all over the place in order for government troops to have a hard time getting in.

The Joint Task Group Basilan — a mix of Army and Marine troops — had been battling the Abu Sayyaf for nearly a month now, in attempts to flush out the IS-inspired group from the province.

In order to prevent the Abu Sayyaf from returning, soldiers from the Army will secure Hill 490, the officer said.

Government forces are currently clearing Hill 490 from the remaining landmines. The Wesmincom said the all-out offensives against the Abu Sayyaf continue in Basilan and Sulu.IDL