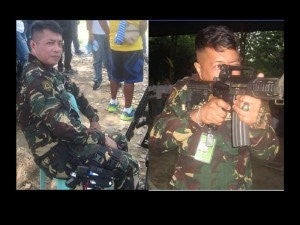 LEGAZPI CITY, Albay — Police said the former soldier who shot and killed a cyclist in Quiapo, Manila, on Monday night, sought refuge in a place where he thought he could be safe — Milagros town in Masbate — where his wife came from.

However, Insp. Conrado de Vera, deputy police chief of Milagros, said reports from neighbors and police informants alerted authorities about the presence of Vhon Tanto in the town on Friday.

Tanto was caught on closed-circuit television (CCTV) footage shooting and killing Mark Vincent Garalde after a fistfight on Casal Street.

Witnesses have identified him as the suspect in the killing in which a student was also hit by a stray bullet.

On Thursday, police recovered Tanto’s car, a red Hyundai Eon, from a relative’s house in Nueva Vizcaya province. Tanto was reported to have left Nueva Vizcaya on Thursday morning and arrived in Metro Manila at past 5 p.m. 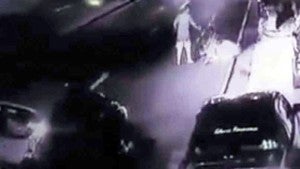 CCTV footage of the exact moment when Vhon Tanto shot his victim in Quiapo, Manila, on July 25, 2016. (SCREENSHOT OF A YOUTUBE VIDEO)

De Vera said a team composed of Philippine Army soldiers and local policemen arrested Tanto in Milagros at 11:45 a.m. Friday. Tanto did not put up a fight, reports said.

De Vera said that as of 1:30 p.m., police officials were deliberating whether to hold Tanto at the Milagros police station or at the Masbate provincial police office in Camp Bonny Serrano in Masbate City for temporary custody.

De Vera did not say when Tanto would be taken to Metro Manila to face murder and frustrated murder charges.  SFM 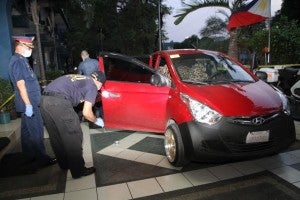