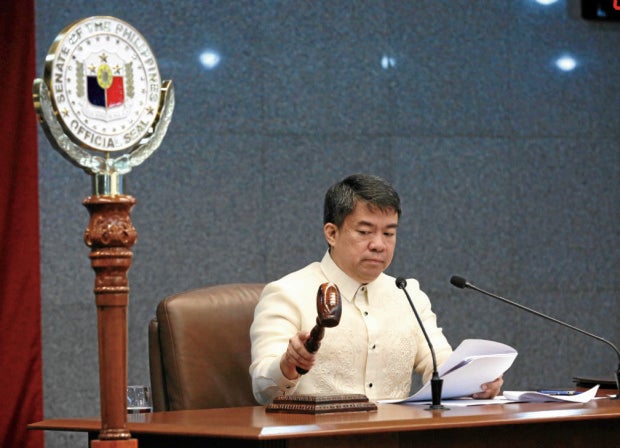 Senate President Aquilino “Koko” Pimentel III has sought the passage of a measure that would impose a uniform tax of 30 percent on “unutilized, unreported or erroneously reported” campaign contributions for a candidate, party-list group or political party.

Pimentel said he filed Senate Bill No. 296 to address the absence of a law on the tax treatment of unutilized, unreported or erroneously reported campaign contributions by political parties, party-list groups and candidates.

At present, he said, the existing law, which is Republic Act No. 7166, only provides for exemption of duly reported contributions given to candidates, political parties or party-list groups from payment of a donor’s tax.

The silence of the law, he said, prompted the Bureau of Internal Revenue (BIR) to issue a revenue regulation, imposing tax rules on used and unused contributions and a penalty for failure to file the expenditures with Comelec.

Pimentel said the BIR directive, however, was causing confusion because of the income tax treatment on campaign contributions and the absence of a law imposing such income tax payment.

“It is a well settled doctrine that since the imposition of a tax is a burden on the taxpayer, it cannot be presumed nor can it be extended by implication,” he said. “A law will not be construed as imposing a tax unless it does so clearly, expressly, and unambiguously.”

The senator nevertheless lauded the intention of the BIR, saying it prevented candidates, party-list groups and political parties from using the election campaign as a money-making business.

“Thus, this bill addresses the absence of a law on the tax treatment of unutilized, unreported, or erroneously reported campaign contributions,” said Pimentel. CDG