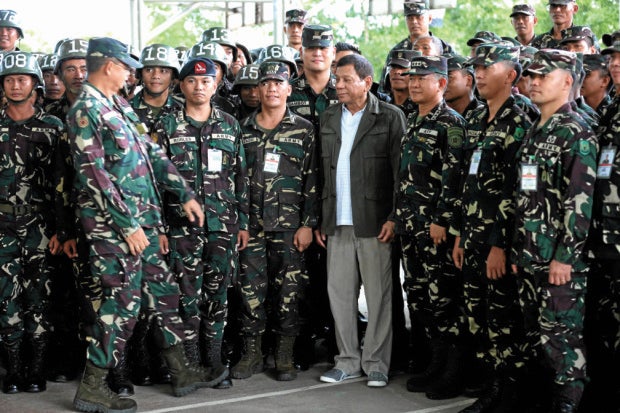 He said the government is willing to give a safe conduct pass to MNLF chairman Nur Misuari in time for the start of the formal peace talks next month.

Aside from Misuari, Duterte is also keen on giving a safe conduct pass to CPP-NPA founder Jose Ma. Sison.

Duterte said the government would be ready in case the peace talks fails.

“We will be ready for an instant failure,” he said, adding that he would improve the capability of the Armed Forces of the Philippines (AFP) and the Philippine National Police (PNP).

He called on soldiers to be ready anytime.

“You’ll have everything you need para di dehado sa bakbakan,” he added.

He said the government is eyeing 20,000 more soldiers to ensure peace and combat terrorism especially in Southern Philippines.