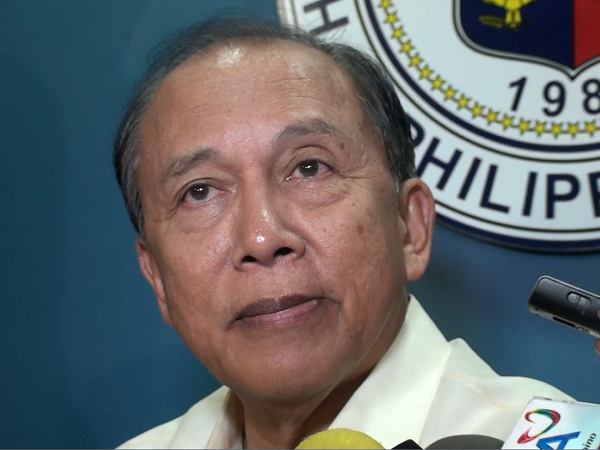 Quezon Rep. Danilo Suarez on Tuesday denied any sinister move for the majority-led coalition to rig the minority elections and install him as leader to lead a coopted opposition bloc in the House of Representatives.

In an interview, Suarez said he knew nothing of the supposed move for the 21 lawmakers who abstained from the elections of House Speaker on Monday to lend their votes for him in the minority race.

Ifugao Rep. Teddy Baguilat, who was supposed to have won the minority race having gotten the second most number of votes for Speaker as per House rules, warned of the majority’s “machinations” to have the 21 abstentions as a “reserve vote” for Suarez.

Baguilat said the majority changed the previous rules stating that the second placer in the speakership race would be minority.

Suarez insisted that he did not expect a fight for the minority post with Baguilat, a member of the Liberal Party which has aligned with the majority ”coalition for change” of President Rodrigo Duterte.

The minority bloc comprises lawmakers who did not vote for  winning Speaker Pantaleon “Bebot” Alvarez, while the majority would comprise the lawmakers who voted for Alvarez. Alvarez is a member of Duterte’s Partido Demokratikong Pilipino-Lakas ng Bayan (PDP-Laban).

“Wala pang declared na minority leader (We have yet to declare a minority leader). We just have to follow what’s agreed in the plenary. Nobody objected anyway,” Suarez said.

Suarez said he was just being his usual friendly self when he vowed to lead a minority bloc cooperative with the majority in Congress.

“It’s my fault that my nature is friendly with everyone. You’ve seen me. I have been the minority leader, I think I have delivered what I should do,” said Suarez, who served as minority leader in the 15th Congress.

“It’s a comfort level for this leadership. They have their agenda, they would like to fast track their agenda and as much as possible, they don’t want long debates and people standing up on the plenary hall questioning every move,” he added.

He said the majority was more comfortable working with a cooperative bloc led by the United Nationalist Alliance (UNA), of which Suarez is a member, than Baguilat’s Liberal Party, the erstwhile ruling party of Duterte’s predecessor Benigno Aquino III.

“I think they’re (PDP-Laban) more comfortable with UNA, not the Liberals,” Suarez said.

Suarez confirmed that he met with Alvarez and UNA founder, former Vice President Jejomar Binay, who approved of Suarez’s role as minority leader in Congress on behalf of UNA.

Suarez said he was not aware Navotas Rep. Tobias “Toby” Tiangco resigned from his post as UNA president because of this scheme to work with the majority in selecting the winning minority leader.

Tiangco wanted to lead the minority bloc as an opposition force in Congress.

“Ang sa akin, I committed with the approval of vice president Jojo Binay that we would be constructive if we would win the role as minority of Congress,” Suarez said.

“I’m not informed that he (Tiangco) resigned from the party. Hindi naman kami nag-uusap (We don’t talk),” he added.
Suarez said that of the 21 lawmakers who abstained from voting for Speaker, at least two to three expressed their desire to vote for him as minority leader because they preferred his program or agenda.

This would give Suarez the winning votes against Baguilat if the minority members meet for the elections. In the speakership race, Baguilat got eight votes while Suarez got seven. Baguilat voted for himself as Speaker, while Suarez did not.

It was Albay Rep. Edcel Lagman, Suarez’s political foe, who exposed the plot for the majority to lend some of its members to vote for Suarez to lead a “coopted” minority bloc.

Lagman and Suarez were at odds in the 15th Congress when Lagman accused former President now Pampanga Representative Gloria Arroyo of being behind an ouster move against him to install Suarez as minority leader.

Lagman and Suarez were on a term-sharing agreement in leading the minority before the start of the 15th Congress.

Amid the scuffle for minority leadership with Suarez, Lagman in 2012 resigned as minority leader and chairman of Arroyo’s Lakas-Christian Muslim Democrat. He jumped ship to the Liberal Party. RAM/rga