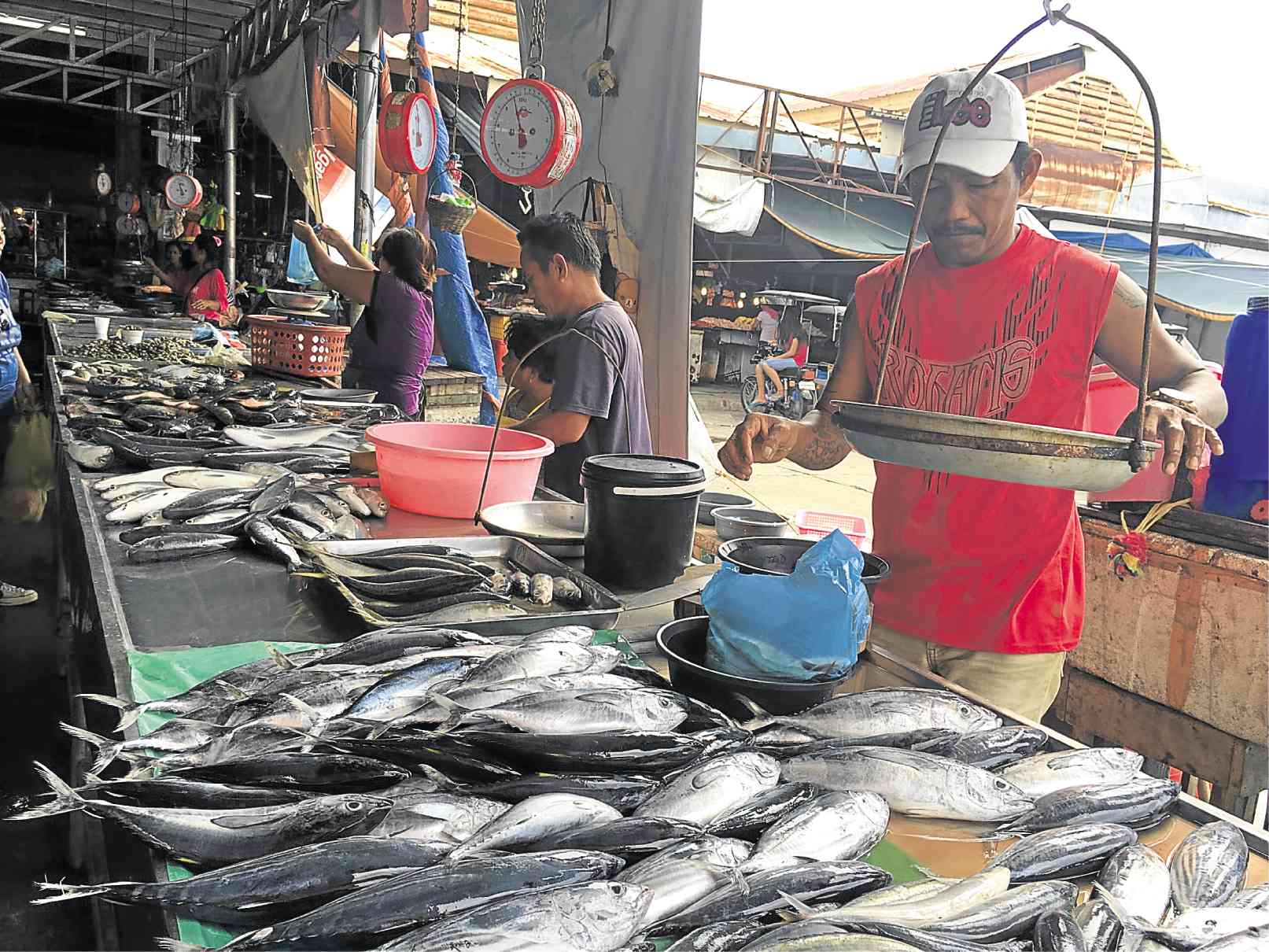 WAITING FOR WORD A fish vendor waits for customers at the public market of Masinloc, Zambales province. Local fishermen have asked President Duterte to help them cope with income loss as a result of the long-standing territorial dispute between the Philippines and China in the West Philippine Sea where their traditional fishing ground, the Scarborough Shoal, is found. ALLAN MACATUNO / INQUIRER CENTRAL LUZON

MASINLOC, Zambales—Fisherman Mario Forones has been spending most of his time tending to his stall at the fish market here.

Forones, 55, used to be an operator of three fishing boats that ventured out into the disputed Scarborough Shoal. “I’ve already sold all my boats. I’m not going back to the shoal,” he said.

The shoal is 240 kilometers from the coastline of Zambales province but China seized that rich fishing area from the Philippines after a two-month standoff in 2012.

Chinese coast guards had cordoned off the shoal, driving away Filipino fishermen in spite of a July 12 judgment from the Permanent Court of Arbitration in The Hague that China had no legal basis to claim historic rights to resources within its nine-dash line.

Forones is among the first people here to bear the brunt of the long-standing tension in the West Philippine Sea.

Last week, Mayor Arsenia Lim asked local fishermen to stop returning to the shoal to avoid a confrontation with patrolling Chinese coast guards. She said the local government had been looking for alternative livelihood programs, such as farming and hog raising, to help the displaced fishermen.

Forones heeded Lim’s call, saying he would not risk the lives of his crew. He had started to raise pigs and to man a market stand that sells fish caught by other fishermen.

“We’re selling fish caught within the municipal waters and other fishing grounds near the province. There’s no more catch from Scarborough Shoal,” Forones said.

The scarcity in supply due to the inaccessible shoal has caused prices to rise, he said. A kilogram of “talakitok” (trevally) now costs about P220, up from P150 to P180 months ago, he said.

For Arnold Bacalla, a fisherman of Subic town, the Duterte administration should make a stand on the issue that would also benefit the local fishermen.

“Our concern is whether we’re going to have food in the coming days. We’ve been driven away from the shoal that has been our main source of income,” Bacalla said.