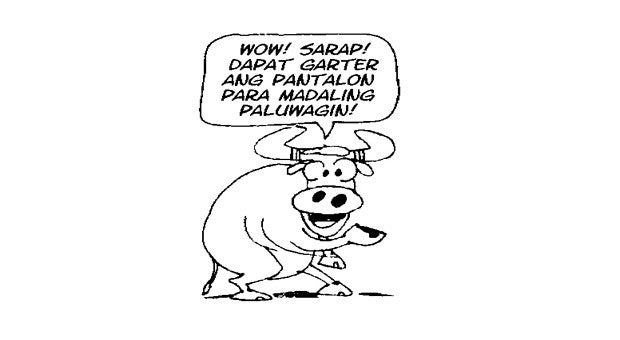 Banana fritters (maruya) won’t be on the menu, after all.

Instead, guests for afternoon snacks during President Rodrigo Duterte’s first State of the Nation Address (Sona) next Monday might want to take their maintenance medication before partaking of the cholesterol-packed fare.

On the menu are Filipino-inspired lethal dishes such as penne with aligue sauce or crab fat, balut pate in profiteroles (pastry shells), native chips with salted duck egg dressing, and chicken skin chicharon.

An official at the House of Representatives earlier said that Congress had slashed the budget for the post-Sona snacks with simpler dishes, following the example set during the inaugural of President Duterte where fried bananas were served.

The official said an estimated P200,000 had been set aside for the VIP guests invited to after-Sona snacks.

As of press time, it was not clear who will cater Monday’s afternoon snacks.

During the Aquino administration, The Plaza was the favored caterer for official Malacañang functions.

The calorific and cholesterol-laden offerings might be a dietary nightmare for Mr. Duterte’s Cabinet members, most of whom are senior citizens and heirs to age-related malaise such as hypertension and high cholesterol.

According to the website of the College of Family Physicians of Canada, “too much cholesterol in the blood can raise the risk of having a heart attack or stroke.”