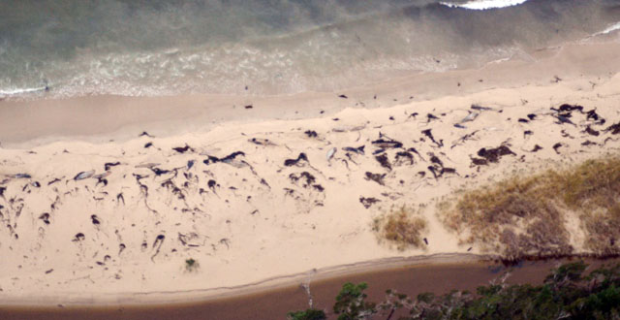 SANTIAGO, Chile—Some 70 dead whales have been found in southern Chile less than a year after more than 330 whales washed up in a remote Patagonian inlet.

The animals are not of the same species discovered in last December’s die-off, the biggest single event of its kind known to science, the Chilean fisheries service said.

“They are smaller than those we saw last time,” national fisheries director Jose Miguel Burgos said.

Teams will inspect the relatively accessible site in the coming days, focusing on whether humans played a role in the whales’ deaths, he added.

The animals died more than two months ago, the authorities said, adding that autopsies will probably still be possible as the cadavers remain intact.

Although determining the cause of last December’s mass beaching presented challenges because of the delicate remains’ state of decomposition, scientists pinpointed the most likely culprit as “red tide,” a harmful algal bloom.

Onlookers marvel at size, stench of dead whale in California