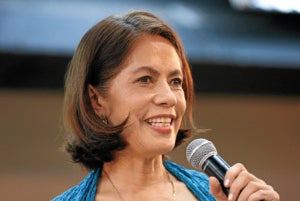 GENERAL SANTOS CITY – Environment Secretary Gina Lopez has vowed not to grant new mining permits or renew existing ones in Sarangani and vowed that even explorations will not be allowed in the province under her term.

Earlier, the Department of Environment and Natural Resources in Central Mindanao said it granted the 88 Kiamba Mining and Development Corp. a permit to explore copper, gold, and silver deposits in Sarangani and in nearby South Cotabato.

The company was headed by Mohamad Aquia,  former head of the Presidential Anti-Smuggling Group in Mindanao and was said to be a close ally of now Senator Manny Pacquiao.

Constancio Paye Jr., the MGB Central Mindanao director, has confirmed that the exploration permit was the first to be issued in the region since former President Aquino issued a national mining policy as embodied in Executive Order 79.

Also, the MGB said it was pushing for the declaration of some parts of Kiamba and Maitum towns as mineral reservation projects after it has identified 11,164 hectares as strategic mineral reserve areas.

The MGB said the proposal could solve the problem of illegal small scale mining activities in Kiamba and Maitum areas.

The idea was opposed by Socksargend Care, a local anti-mining group based in Sarangani.

“The project will result in the destruction of the forest and agricultural lands which, in turn, will affect thousands of families who rely on the agricultural production of the area,” Rene Pamplona, coordinator of Socksargend Care, said.

Speaking to Sarangani Gov. Steve Solon, Lopez said on Friday last week that she was not bound to approve mining activities in the province.

“Rest assured, there will be no mining applications or explorations that will be renewed in Sarangani,” she said when they met here.

Earlier in the day, Lopez visited Bantay Kalikasan sites in the towns of Malungon, Maitum and Kiamba, where she was briefed on efforts to preserve the province’s natural resources.

“I believe that by preserving nature, it can help end human suffering,” Lopez said, adding that she planned to make Sarangani a model for the government’s reforestation and eco-tourism efforts.

She also vowed to go after illegal loggers and small-scale miners in Maitum and Kiamba. 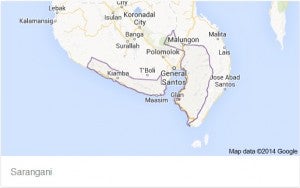 Kling Beach Forest has the potential to be the first beach forest park in the Philippines, he said.

Mt. Busa, which has a total area of 144 hectares, covers areas of the towns of Maitum, Kiamba and Maasim and was declared KBA and an important bird area in 2001. It is a known sanctuary of critically endangered, threatened, vulnerable and rare animal and bird species and connects several conservation priorities.

Despite being declared a key biodiversity area, Mt. Busa is being threatened by land conversion, kaingin farming, wildlife hunting, illegal logging and mining, according to Solon.

Mt. Latian and its surrounding areas in the towns of Malungon, Alabel, Malapatan and Glan were also another KBA and hosts watersheds for several major rivers in the province.  SFM/rga