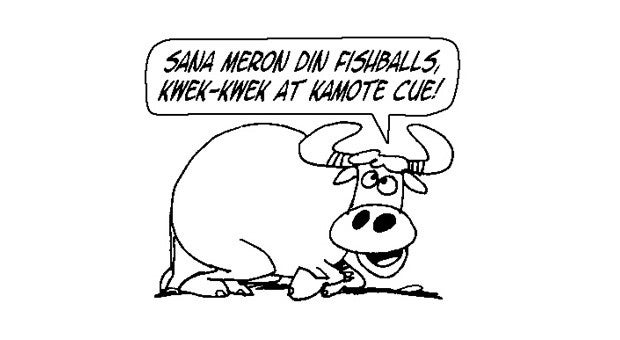 If you happen to be one of the 3,000 VIPs invited to President Duterte’s first State of the Nation Address (Sona) on Monday, be sure to come with a full stomach because the hosts have pared down the menu to banana fritters and bite-sized sandwiches.

But guests would have ample time for a fancy meal later, as organizers expect the President to limit his address to half an hour instead of the customary one hour or hour-and-a half speeches by his predecessors.

The House deputy secretary general for legislative operations, Artemio Adasa Jr., said this year’s Sona organizers had gone out on a limb to cut down expenses, with food getting the biggest cut of all.

“We’ve reduced our budget for food by more than P200,000. We simplified the menu and just copied what was served during the inaugural of President Duterte,” Adasa said in a briefing, adding that the menu consisted of mostly native fare such as “fried banana and bite-sized sandwiches with local white cheese.”

Another major change, Adasa said, was the request by multiawarded film director Brillante Mendoza to have the lighting adjusted in some parts of the cavernous session hall to add  cinematic flavor to the setting, and enhance the viewing pleasure of those watching the event on the video wall.

The House has also invited the country’s previous Presidents to lead the  guest list.

Traditionally, former Presidents are seated beside each other at the main gallery of the session hall, “unless they advise us that they would (want) to sit in another area,” Adasa told reporters.

Again, by tradition, the seating arrangement would be from left to right—former Presidents Fidel Ramos, Joseph Estrada, Gloria Macapagal-Arroyo, and Benigno Aquino III, to represent their succession in office.

Mr. Aquino already sent word that he would not be attending the Sona, but he gave no reason for his absence.

Should Arroyo be released from hospital detention by Monday and was well enough to attend the Sona, she would have the added option of taking her place at the floor, being a reelected representative of Pampanga’s second district, Adasa said.

Vice President Leni Robredo has been invited as well.  By tradition, the Vice President sits with the senators at the front of the session hall, but she may also choose to sit in the middle gallery.

The House has also cut down the size of the  welcoming committee to only four individuals: the House Speaker, Senate President and their respective majority leaders,  who will receive President Duterte from the usual south side entrance of the Batasan Pambansa complex.

Adasa said an estimated 3,000 guests had been invited to President Duterte’s first Sona where the Chief Executive was expected to present his legislative agenda and announce the policies he would pursue in the next six years.

Aside from a scaled-down fare, guests too have been asked to come in business attire, a sharp departure from the Filipiniana theme that has become a red-carpet spectacle for decades.

After the initial welcome, the President is expected to stay in the holding room—with some people he chooses to see—until the event begins.

The House has also stocked up on plastic chairs in case there won’t be enough regular seats for the lawmakers, Adasa said.