Digong says he doesn’t mind being likened to Idi Amin 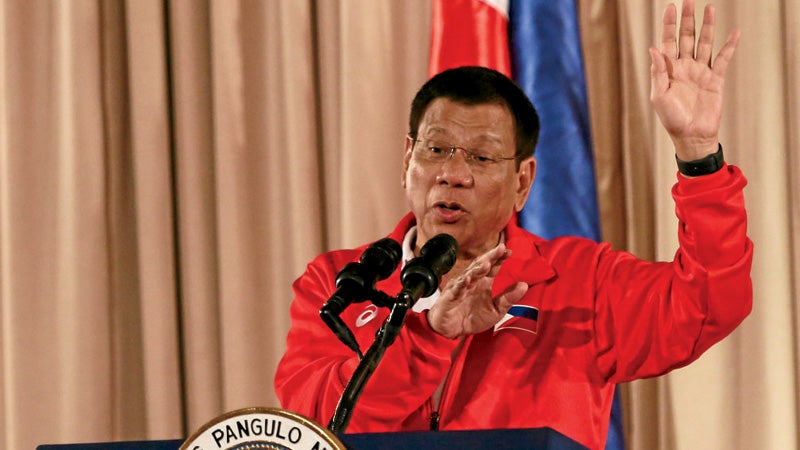 PRESIDENT Duterte says he doesn’t mind being likened to the late Ugandan dictator Idi Amin Dada, whose murderous regime was blamed by human rights activists for the deaths of anywhere from 100,000 to 500,000 people in his African country in the 1970s.

Mr. Duterte reiterated his intention to end the country’s problems on criminality, illegal drugs and corruption when he spoke to his classmates from San Beda College of Law on Sunday night in Malacañang.

But the President, who has been openly advocating the killings of suspected drug personalities, said he had never killed any innocent individual even when he was mayor of Davao City.

“I don’t care … I know that … I will retire with the reputation of Idi Amin,” Mr. Duterte said in his speech. “I don’t expect you to keep faith in me or to believe in me all the time but … God is there. I have never killed an innocent human being. Never. I don’t like it.”

“My paradigm is not like here in Manila … In Mindanao, people resort to killings. Why will I change what I know? It is serving the country well,” he added.

As a Davao mayor, Mr. Duterte said that he learned that government officials could not lead the country “by killing all people.”

“It’s impossible to do that,” he said. “But at this stage of our life, we have a very serious problem and there are things which I have to do because … I’m the only one who can do it and nobody else.”

Since Mr. Duterte assumed the presidency, some 200 people have been killed in the crackdown on illegal drugs.

At the sendoff ceremony on Monday for Filipino athletes bound to the 2016 Olympics in Rio de Janeiro, the President said some 80,000 people had turned themselves in to authorities because of their involvement in the illegal drug trade.

He said only his conscience could stop him from what he was doing to curb the illegal drug activities which had affected some 3 million Filipinos.