Focus will be on getting CCT folks jobs—DSWD 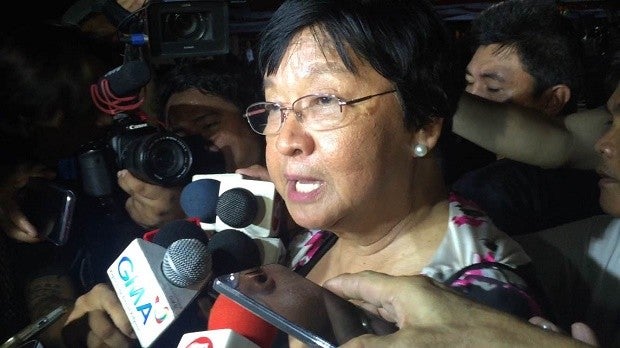 THE GOVERNMENT’S conditional cash transfer (CCT) program will continue but the focus will shift toward how beneficiary families could  “graduate” from receiving financial assistance to getting jobs, Social Welfare Secretary Judy Taguiwalo said.

Taguiwalo said there were no immediate plans to scrap the program, now under review, considering it had a budget until 2017, and in spite of criticism about its effectiveness.

“What we would like to study is how the citizens can graduate from a program providing financial assistance linked to the health and education of their children,” Taguiwalo said in a radio interview.

“The beneficiaries say they want jobs. They want to stand on their own so we are looking at jobs creation and asset distribution. I think the other departments have similar thrusts,” she said.

Taguiwalo said that addressing poverty was not the concern of the Department of Social Welfare and Development (DSWD) or the National Anti-Poverty Commission alone.

“It has to be the effort of the whole administration, the whole government, to address it,” she said.

“The CCT is only one part, and should not be the major thrust, because it is conditional and it is temporary,” she added.

The CCT, also known as the 4Ps (Pantawid Pamilyang Pilipino Program), provides cash to poor families to improve their health and nutrition, and help in the schooling of children up to 18 years old.

As of August 2015, some 4.3 million Filipino households were enrolled in the program and actively receiving assistance.