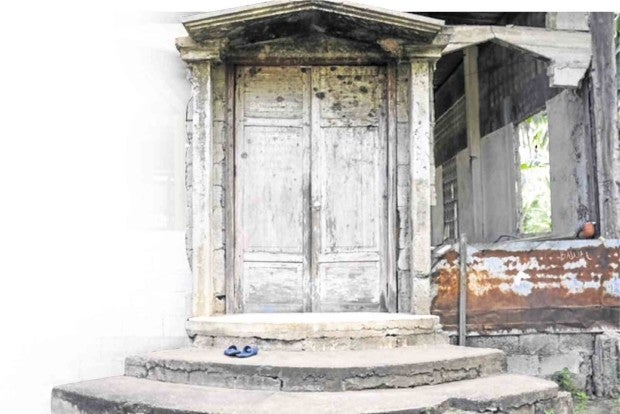 THIS doorway was witness to the massacre in Palimbang town, Sultan Kudarat province, of 1,500 Moro people in 1971 when the then Marcos dictatorship launched an annihilation campaign against Moro rebels. KARLOS MANLUPIG

THE CEREMONIAL book launching on Mindanao peace here on Wednesday was marred by skirmishes in Maguindanao but pushed through as advocates for coexistence refused to be defeated by violence.

“We are committed to pursue this noble cause for genuine peace to reign in the land of our forebears come what may,” said Abhoud Syed Lingga, executive director of the Institute of Bangsamoro Studies that led the launching of the book “Peace is for Every One.”

The 90-page book, which is a compilation of Bangsamoro stories of survival, pain, resilience and hope, aimed to bring men of goodwill together in support of a cause that, for centuries, the Moro people had been waging war for—honor, prestige and the right to self-determination, said Emma Leslie, executive director of the Center for Peace and Conflict Studies that had been credited with the book’s publication.

“There is no better substitute to peace, but peace itself,” Leslie said.

The clashes led to mass evacuations.

Authorities said the military offensive against BIFF rebels was in retaliation for BIFF attacks on Army trainees in Shariff Aguak town.

“Despite the elusive peace in Mindanao, let the victims of atrocities talk and express their sentiments and sorrows on the ill-effects of violence,” said lawyer Laisa Masuhod-Alamia, executive secretary of the Autonomous Region in Muslim Mindanao.

Alamia said the book was like a pen that was mightier than the sword.

“We cannot deny that there are so many antagonists because there are divisions among us Muslims,” an excerpt from a civilian testimony in the book said.

Religious groups hailed the launching of “Peace is for Every One,” which they said was an urgent appeal from Cardinal Orlando Quevedo when he launched the campaign Living Together in Peace.