Woman fills out $116k artwork, mistakes it for crossword puzzle 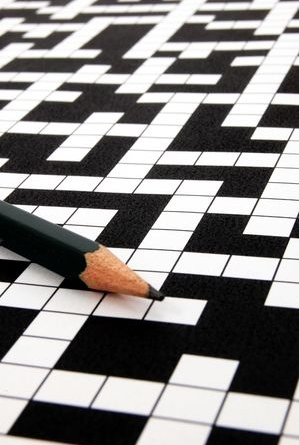 An elderly woman unknowingly committed vandalism, after filling in the blank spaces with a ballpoint pen on a $116,000 crossword artwork displayed inside a German museum.

The piece of art by Danish artist Arthur Koepcke was on loan to the Nueus Museum in Nuremberg from a private collector, the Telegraph reported.

The unidentified woman, 91, was visiting the museum with a group of seniors and told authorities she was just following the instruction on a sign next to the artwork, which read: “Insert words.”

“The lady told us she had taken the notes as an invitation to complete the crossword,” a police spokesman was quoted in the report.

Museum director Eva Krause, meanwhile, believed the damage could be easily repaired. “We do realize that the old lady didn’t mean any harm,” Krause told The Telegraph.

The museum representative added that they would not hold the woman liable for any damages, and only made the criminal complaint for insurance reasons.

“We will let the lady know that the collector took the damage to the work in good humor, so she doesn’t have a sleepless night,” she added.

The incident wasn’t the first time an artwork has been compromised by hapless viewers. In June a Chinese lad accidentally knocked down a Lego sculpture worth $20,000, which had taken three days and nights to put together, just an hour after it was put on display.  Khristian Ibarrola

Read Next
DOJ approves filing of case vs 4 HK men in ‘floating shabu lab’
EDITORS' PICK
Kai Sotto continues to inspire Filipinos by sharing his passions and stories with Smart Prepaid
1Sambayan to nominees: Stick to word of honor
Alex Eala wins Grand Slam on Independence Day: ‘I hope I made my contribution to the country’
Ahead of ONE: Full Blast II, Mongkolpetch warns Elias Mahmoudi: ‘Watch out for my fists’
Trust Robredo’s political instincts – Kaya Natin! convener
EDITORIAL: Good news, bad news
MOST READ
1Sambayan to nominees: Stick to word of honor
China cautions G7: ‘small’ groups don’t rule the world
Leni vs. Sara
PH to have cloudy, rainy Monday — Pagasa
Don't miss out on the latest news and information.