Another drug suspect killed in Olongapo 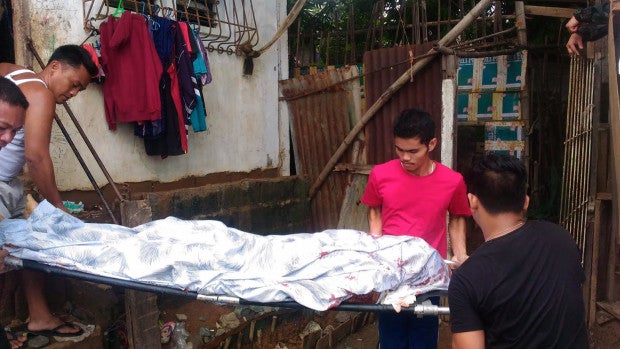 The body of drug suspect Jack Bertulfo is being taken out of his house after the Olongapo City police shot him dead when he tried to engage cops searching his house in a gunfight on Wednesday (July 13, 2016) afternoon. Photo from the Olongapo City Police Office

Sumbad said Bertulfo, a resident of Barangay Barretto, was killed when he aimed his gun at the policemen.