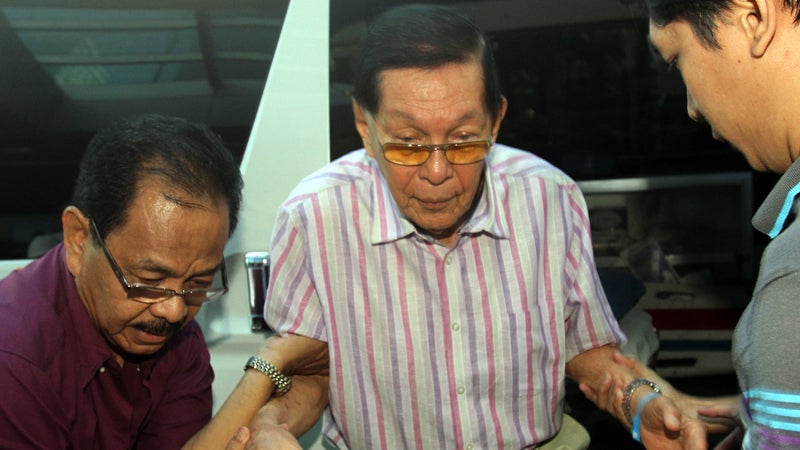 The court’s spokesperson Theodore Te said the justices, voting 7-6-1, reasoned that “the people were not kept in the dark about nor were they denied a reasonable opportunity to rebut the instability of his health and his advanced age.”

Enrile, 92, was placed under hospital arrest in July 2014 for allegedly spending millions of pesos of his pork barrel or Priority Development Assistance Funds (PDAF) on ghost projects and taking kickbacks.

In the new ruling, the high court affirmed its decision on August 18, 2015, reversing the Sandiganbayan Third Division’s ruling  which denied Enrile’s plea for bail.

The high court junked claims by the Solicitor General “that there was preferential treatment” given to Enrile  because he was a senator.

“Rather, the majority emphasized that the grant of bail was due to petitioner’s health condition, which was sufficiently proven,” said Te in a press briefing on Tuesday.

The high court decision also said  “the petitioner (referring to Enrile)  had shown himself not to be a flight risk primarily due to his health condition.”