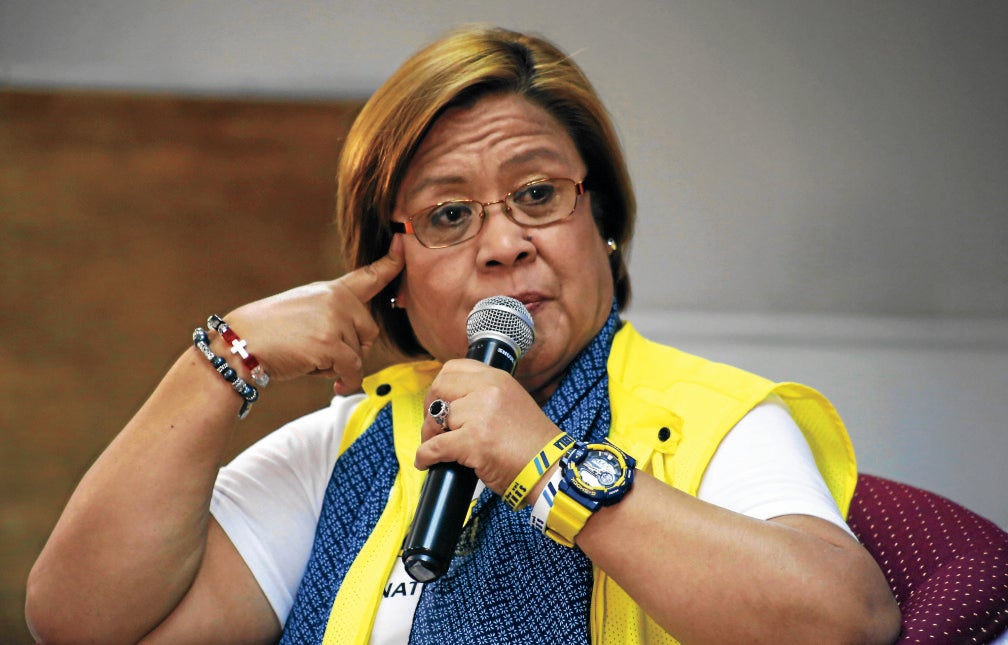 SEN. LEILA de Lima said she would immediately file—either today or tomorrow—a resolution calling for an inquiry into the killing of drug suspects, as she called President Duterte to remind the police to do their job without breaking the law.

In a radio interview yesterday, De Lima said she would speed up the inquiry in aid of legislation amid the rising body count of drug suspects reportedly taken from their homes without warrants and killed by policemen while allegedly “resisting arrest” or “trying to snatch a gun.”

De Lima, who will head the Senate committee  on justice and human rights, said the inquiry aims to come up with operational guidelines for law enforcement agencies that would include imposing stricter sanctions on erring law enforcers.

The former justice secretary said there was nothing wrong with the President motivating the police to do their job but noted that the President’s statements on the matter tended to be “uncertain” to the extent that they seemed to encourage policemen to condone summary executions.

She urged President Duterte to balance his statements with a reminder for policemen “not to forget what the law is saying.”

“Killing (a suspect) should be the last resort,” De Lima said.

“That’s why we have to balance everything. It cannot be that you enforce the law but you engage in summary executions or extrajudicial killings. You are breaking the law,” De Lima said in the radio interview.

She said reports on the almost daily killing of drug suspects by policemen was even “worse” than the two separate incidents of police brutality on two African-Americans that had triggered widespread protests in Minnesota and Louisiana in the United States.

But De Lima noted there was no similar public outrage here except from human rights activists and defenders.

Many of the suspects are poor and unknown.

The other day, the Commission on Human Rights called for an investigation into the killing of a young drug suspect and his father inside a Pasay City police station.  The wife of the young suspect said  28-year-old Jaybee Bertes was picked up from his home without a warrant by the Pasay police. His father, Renato, 48, insisted on accompanying his son to the station.