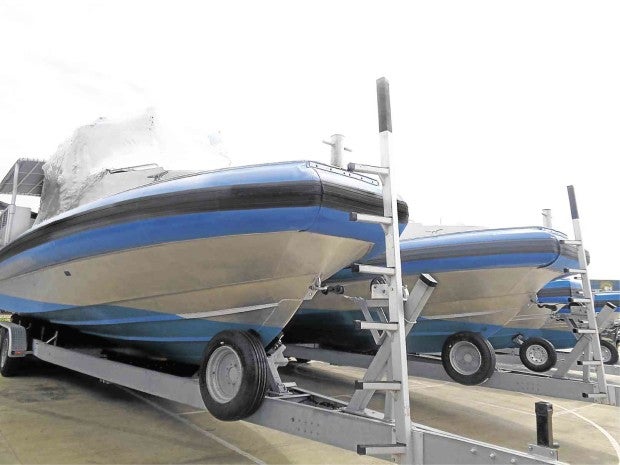 BOATS donated by the US government are expected to help the police in patrolling the high seas. REDEMPTO ANDA/ Inquirer Southern Luzon

PUERTO PRINCESA CITY—The United States on Friday turned over four patrol boats to the Philippine National Police-Maritime Group (PNP-MG) based in this city in Palawan province to help in border patrols amid tension in the West Philippine Sea over Chinese territorial claims.

Four units of the boats, known as Dauntless, had been turned over to a unit of the PNP-MG, the Special Boat Operations Unit (SBOU) based in Honda Bay here, during a ceremony led by Michael Klecheski, US Embassy deputy chief of mission.

The 48-footer boats are equipped with high performance diesel engines capable of powering the vessel to a maximum speed of 50 knots ideal for patrolling the high seas.

The SBOU was formed with the help of the US government in 2010. The unit operates in Palawan and Tawi-Tawi and has been involved in maritime and environmental law enforcement.

In 2014, the unit had arrested Chinese marine turtle poachers near Hasa Hasa Shoal, one of the islands in the West Philippine Sea being disputed by the Philippines and China.