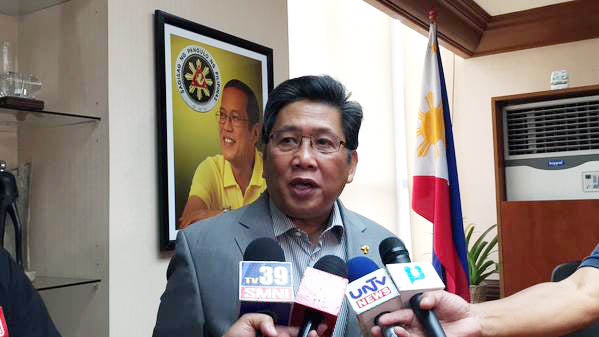 A labor union on Friday filed a plunder and graft complaint against former Communications Secretary Herminio Coloma over allegedly paying sales specialists P191 million in sales commission for their printing services with government.

In its complaint affidavit filed before the Office of the Ombudsman, Conrado Molina, union president of the Asian Productivity Employees Association, accused Coloma of paying a sales specialist from Apo Production Inc. (APO) at least P191 million in “sales commission.”

At least P70.103 million were paid to sales specialists in 2015 alone, the complainant alleged.

According to the complaint, APO is a government-owned and -controlled corporation (GOCC) recognized as a government printer for accountable forms and a provider of sensitive high quality/volume printing job for government.

APO was placed under the supervision of the Presidential Communications Operations Office (PCOO), which Coloma headed as secretary during the administration of former President Benigno Aquino III.

Molina said according to a Commission on Audit report in 2015, at least P191.205 million was disbursed by Coloma and the other respondents who conspired to siphon public money to APO.

“(This is clearly a) graft practice i.e. the acquisition of money through dishonest means by taking advantage of the respondents’ position, (and this is qualified as) plunder pursuant to Republic Act 7080,” Molina said in his complaint.

Molina called on the Ombudsman to charge the respondents with plunder and graft to fulfill the vow of President Rodrigo Duterte’s administration to eliminate corruption in government.

“APEA members are hoping that with President Duterte’s declared war against corruption and the glaring impunity for the way the respondents robbed the government hundreds of millions of pesos … the Ombudsman will move for the filing of the information for the crime of plunder,” Molina said.

In a statement, Coloma dismissed the complaint against him as harassment and the allegations as baseless.

He added that he as PCOO secretary “professionalized APO’s management and restored its finances and operations to an even keel.”

He said APO was even awarded by the Governance Commission on GOCC’s (GCG) a seal of sound management for adherence to good governance practices.

“The reported filing of plunder charges against me and senior officials of APO is pure harassment. Such allegations are false and baseless,” Coloma said.

“Contrary to our detractors’ claims, we have professionalized APO’s management and restored its finances and operations to an even keel. From near-bankruptcy and continuous losses, APO has posted profits that have been turned over to government coffers,” he added.

The complaint was filed minutes before militant groups and the Volunteers Against Crime and Corruption filed a technical malversation complaint against Aquino and another member of his Cabinet, former Budget Secretary Butch Abad over the outlawed Disbursement Acceleration Program. CDG