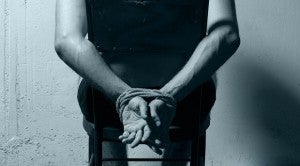 CABANATUAN CITY– Two women and a man were found dead at an irrigation canal in Llanera town on Wednesday (July 6), police said.

The victims were identified as Melda Trapalgal, 46; Alma Santos, 47; and Manuel Andres, 47.  They were found floating in the canal, blindfolded and hogtied. All three were from Talavera town, where they were all on the municipal drug watch list.