There is life after addiction, ex-drug users show | Inquirer News

There is life after addiction, ex-drug users show 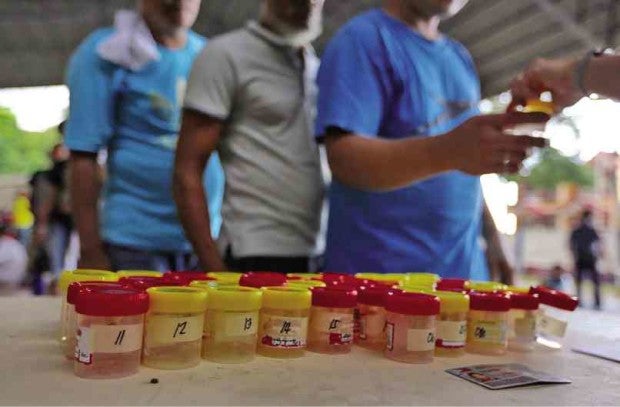 While President Duterte has vowed to intensify the government’s drive against illegal drugs, even promising a bloody campaign to rid the country of drug traffickers and users, former addicts have shown that there is hope and life after a bout with substance abuse.

Recently, some 200 former drug addicts gathered in Naga City in Camarines Sur province to raise awareness about their plight and struggle to recovery.

The summit, said to be the first to be held in the country, coincided with the celebration of the International Day Against Drug Abuse and Illicit Trafficking (Idadait). It was sponsored by the Dangerous Drugs Board (DDB), the Philippine Drug Enforcement Agency (PDEA) and the Department of Health, in partnership with the cty government and the Center for Christian Recovery.

To former addicts, who had been rehabilitated but continue to struggle to keep themselves sober, sharing their life’s journey without drugs is a way to avoid relapse, according to a summit participant, who has found his calling in assisting the recovery of users like himself.

Tok Corpus, 46, executive director of the Center for Christian Recovery, a private social enterprise, said those who had gone into rehabilitation and released from it are “on the process of partial recovery.”

Corpus started using drugs when he was 19 years old and entered rehabilitation twice before he kicked the habit that sent him to prison in his younger days. He has been clean for 17 years.

Gilda Gale Abonal-Gomez, a clinical psychologist, discussed the stages to recovery as follows:

“Precontemplation,” or when the addict refuses to acknowledge the problem in his or her behavior.

“Contemplation,” or when the addict starts to realize that something is wrong and thus opens the road to recovery.

“Preparation,” or when the person is readying to change.

“Action,” or when the addict seeks and submits to intervention to correct his or her behavior.

“Maintenance,” or when rehabilitation has been completed. The former addict’s environment, especially the family, plays an important role to sustain recovery.

Sometimes, Gomez said, addiction to illegal drugs could transform into other forms of addiction, like gambling or playing computer games.

Not all addicts require rehabilitation outside of their homes, however. In some cases, a patient may receive treatment at home with help from the entire family while being supported by psychologists and medical professionals.

The Center for Christian Recovery starts its intervention with counseling that helps them assess character defects before treatment.

These defects, once identified, become “markers” to determine whether the recovering person may experience relapse. “Watch out for these markers because the farther you move away from them, the lesser the possibility of doing drugs again,” Corpus said.

An example of a character defect is gambling, which can lead the recovering addict to get into the habit again in order to stay awake.

“There is no need to reintroduce drug dependency as a social menace. What many need to know again is that drug dependency can be prevented and treated,” said Felipe Rojas Jr., DDB chair.

DDB seeks to lessen, if not eliminate, the demand for illegal drugs. Less demand for drugs would also mean less need for supply and fewer gains for criminals who earn from drug trafficking, Rojas said.

He said the illegal drug trade in the country was a P55-billion enterprise controlled by syndicates.

In his presentation, Director Edgar Jubay of the PDEA regional office said the archipelagic character of the Philippines posed a challenge in checking the entry of illegal drugs in the country.

Amphetamine-type stimulants, like “shabu” (methamphetamine hydrochloride), and marijuana are the major types of illegal drugs peddled and used around the country. The major sources of shabu are Metro Manila, Cavite, Cebu, Cotabato and Davao, Jubay said.

Marijuana comes from the provinces of Kalinga, Mt. Province, Ifugao, Oriental Mindoro, Albay and Palawan in Luzon; Catmon, Toledo and Dalaguete in the Visayas; and Jolo, Ampatuan, T’boli, Davao del Sur and Davao Oriental in Mindanao.

Jubay said processed shabu used to be smuggled into the country. But syndicates, he said, found a way to manufacture it in the country starting 1997.

Since the discovery of a clandestine laboratory in Angeles City in 1997, law enforcers have dismantled 98 more facilities in the past 16 years. To avoid detection, operators of big laboratories have shifted from large scale production to what Jubay described as “kitchen type” operations.

This year, two laboratories were dismantled in Angeles City in Pampanga province and Sta. Cruz in Manila.