Loot assets worth more than P100M 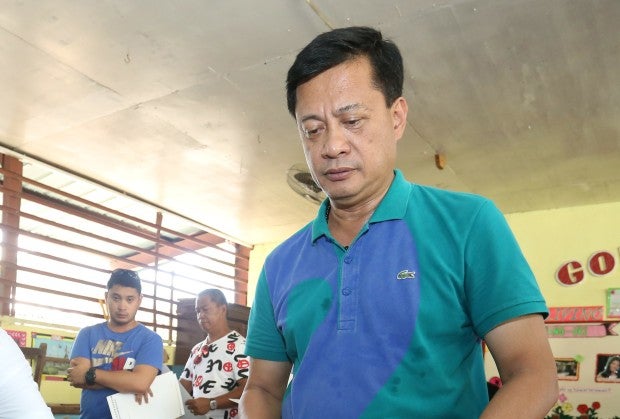 CEBU CITY—Retired Chief Supt. Vicente Loot was one of the richest officials in the Philippine National Police with a net worth of more than P100 million.

But Loot, who is now Daanbantayan mayor in northern Cebu, explained that his assets were acquired through bank loans and other “legal means.”

Aside from his house in Daanbantayan, his family also owned 18 houses mostly in Mandaue City, which he had rented out, a cockpit arena and five luxury vehicles.

Chief Supt. Bernardo Diaz, on the other hand, kept a low-key lifestyle when he was director of the Police Regional Office in Western Visayas (PRO-6) for almost a year.

Several police officials were surprised that Diaz was implicated in illegal drugs because he was vocal against illegal drugs which he said had victimized his family.

Diaz and Loot were among the five active and retired PNP officials who were tagged by President Duterte as being drug protectors.

Loot said he was still trying to get an appointment to see Mr. Duterte and PNP Director General Ronald dela Rosa so he could explain his side.

He said he was subjected to lifestyle check by the NBI in 2009, and the case at the Ombudsman was dismissed because he was able to explain the source of their wealth.

Loot reiterated that the accusations could be part of black propaganda especially that his family was in politics. His wife, Maria Luisa, was mayor of Daanbantayan while his stepson, Sun Shimura, is provincial board member.

Loot also claimed that his name had been used by people involved in illegal drugs. He recalled that while serving as deputy regional director based in Leyte, a suspected drug lord in the province was arrested in 2012.

Kerwin Espinosa was arrested following a shootout with policemen in Leyte who were serving an arrest warrant issued by a court in Cebu City. Espinosa was reportedly a relative of a suspected drug lord, Jeffrey Diaz, alias “Jaguar,” who was killed recently in Las Pinas.

Espinosa reportedly made it appear that he was Loot’s underling since he bought his fighting cocks from the official.

But Loot said the accusation was  illogical because he was the one who ordered to implement the warrant against Espinosa.

“My name is very vulnerable especially that I run a cockpit arena which is sometimes patronized by drug pushers,” he said. Loot admitted that the profits he garnered from his cockpit arena enabled him to acquire other properties. With a report from Ador Mayol, Inquirer Visayas

Read Next
77 Metro choke points identified by MMDA
EDITORS' PICK
Huawei’s relentless mission to bring ultimate health and wellness tracking for your fitness goals
Smart powers Liga Adarna Season 4: Race to the Top
PH logs 20,755 new COVID-19 cases; no deaths reported again due to glitch
Don’t use military to threaten people, Robredo tells Duterte
Urban poor struggle to adapt as rising seas threaten to remap Metro Manila
Smart reaffirms 5G leadership as PH’s most reliable 5G mobile operator
MOST READ
Group rallies support for Robredo as she calls for a united opposition
Trillanes to give Robredo until last day of COC filing before finalizing presidential bid
Bong Go says he is not seeking presidency in 2022
It’s clear Marcos camp is afraid of Robredo after losing to her thrice — OVP spox
Don't miss out on the latest news and information.