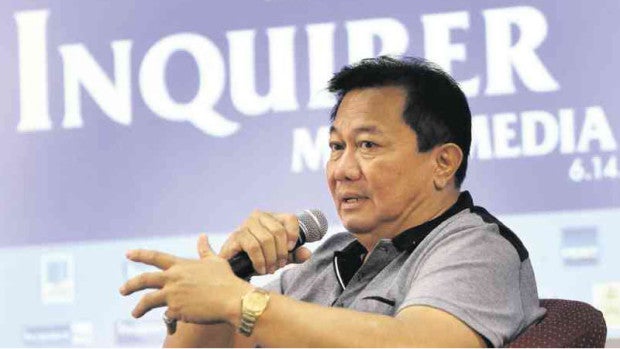 True to his word, Davao Del Norte Rep. Pantaleon “Bebot” Alvarez filed a bill seeking to lower the minimum age for criminal liability among minors being used as accomplices by criminals.

Alvarez, the pick of President Rodrigo Duterte to lead as Speaker of the House of Representatives, chose this as the main push of the second house bill filed in the 17th Congress under the Duterte administration.

The first bill or House Bill 1 which he also filed seeks to reimpose death penalty for heinous crimes.

In House Bill 2, the authors Alvarez and Capiz Rep. Fredenil Castro sought to revert the minimum age of criminal liability from the current 15 years old to as young as nine years old.

House Bill 2, titled “Minimum Age of Criminal Responsibility Act,” seeks to amend the “Juvenile Justice and Welfare Act of 2006” or Republic Act 9344, which set the minimum age for criminal liability at 15 years old.

“While the intent of protection of the Filipino youth may be highly laudable, its effects have had the opposite effects–the pampering of youthful offenders who commit crimes knowing they can get away with it,” Castro and Alvarez said in their explanatory note.

But they would be subjected to a government intervention program, the bill read. Kathryn Baylon, Inquirer.net trainee/CDG