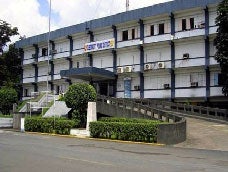 In an order effective July 1, Eleazar said the Philippine National Police instructed policemen from identified police stations and the Anti-Illegal Drugs Division to be transferred to different regions in Mindanao like Region 9, Caraga and Autonomous Region in Muslim Mindanao (ARMM).

“We just received the order but it does not explain the reason for the transfer,” the QCPD chief said on Tuesday.

He said these personnel would need to report to their new assignments immediately.

According to Eleazar, it will be easy for QCPD to find replacements since it has more than 4,000 policemen.

On orders of President Duterte, Philippine National Police Director General Ronald “Bato” Dela Rosa immediately relieved dozens of police personnel from police stations in Metro Manila, particularly Quezon City, for reassignment to Mindanao in line with Duterte’s campaign to dismantle what he alleged to be a protection racket in the police force for drug syndicates.  Duterte named on Tuesday, five police generals who have been allegedly coddling drug traffickers, and put them under official investigation.  SFM