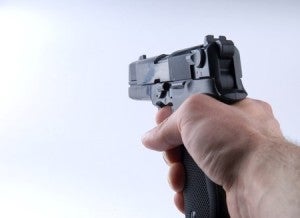 SURIGAO CITY – Barely six months on the job, the top provincial police official here has been relieved following the shooting of a radio broadcaster and his son.

It was noticeably a short stint for Mejia, who assumed office on January, and the official readily admitted it might have something to do with the failed attempt on the life of Estanio and his 12-year old son.

Meanwhile, Mejia said the police have been following several leads that might uncover the motive behind the murder attempt against the RMN broadcaster.

He believes Estanio’s shooting may not have been job-related, but he declined to enumerate possible motives, saying that would imperil the ongoing investigation.

While Estanio did not rule out personal grudge as one of the motives, he said he was more inclined to believe it was related to his commentary against the proliferation of illegal gambling machines and illegal drugs in the city and in the entire province.

In an earlier interview, the 41-year old radioman narrated that days before the shooting, he was approached by a man who warned him to go easy on his commentary against illegal gambling machines, locally known as “chololot.”

Meanwhile, Fernando Almeda Jr., founding president of the Surigao Press and Radio Club, has called on President Duterte to intervene in the security situation in the city and the province.

Almeda noted that despite President Duterte’s stern warning against criminals and drug purveyors, “the killings and other criminal activities continue to go on, showing a pattern of impunity.”

He also lambasted local officials for their alleged inaction.

“We are at the mercy of criminals. Killers and drug pushers are on the loose like mad dogs. That one of those shot is a mediaman makes the incident more chilling,” Almeda said.  SFM