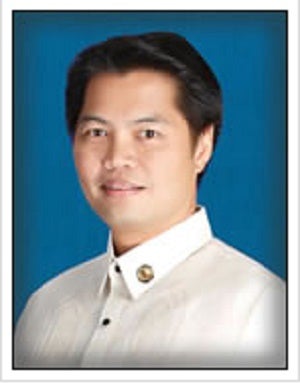 A member of the House of Representatives has called for a Constituent Assembly to revise the 1987 Constitution to allow for a shift to a federal system of government under the administration of President Rodrigo Duterte.

In House Joint Resolution No. 2, Negros Occidental Rep. Alfredo Benitez urged both houses of Congress to form a Constituent Assembly that would amend the Constitution to allow for the adoption of federalism.

Benitez said that a constitutional assembly would also be the quickest and cheapest way to amend the Charter and introduce federalism.

The two other modes of Charter change provided for under the Constitution are Constitutional Convention and People’s Initiatives.

Under the People’s Initiatives, as stated under Article XVII, Section 2 of the 1987 Constitution, proposals for constitutional amendments may be instituted by the people “through initiative upon a petition of at least twelve per centum of the total number of registered voters, of which every legislative district must be represented by at least three per centum of the registered votes therein.”

On the other hand, Section 3 of the same Article provides that “The Congress may, by a vote of two-thirds of all its Members, call a Constitutional Convention, or by a majority vote of all its Members, submit to the electorate the question of calling such a convention.”

Benitez said under the Constituent Assembly he proposed, “Congress will create ‘Council of Elders’ to serve as council of experts to provide inputs to Congress in drafting the revisions to the Constitution.”

The Council of Elders will be composed of not less than 10 members from different sectors including but not limited to religious, non-government organizations, urban poor, business, academe and former justices.

“Constitutional Assembly is the most expeditious and less costly than the other modes of Charter change,” Benitez said.

President Duterte  strongly advocated federalism during the campaign, saying that government funds should be decentralized to regions outside Metro Manila.

Benitez said the “Council of Elders,” composed of members from different sectors, would advise Congress in drafting the revised Constitution.

“This way, it would be easier to institute constitutional amendments like the shift to a federal form of government […] and other changes that would make the Constitution responsive to the needs of the country and its people,” Benitez said. Kurt Lozano, Inquirer.net trainee/RAM/rga