‘Bato’ to act on citizens’ gripes 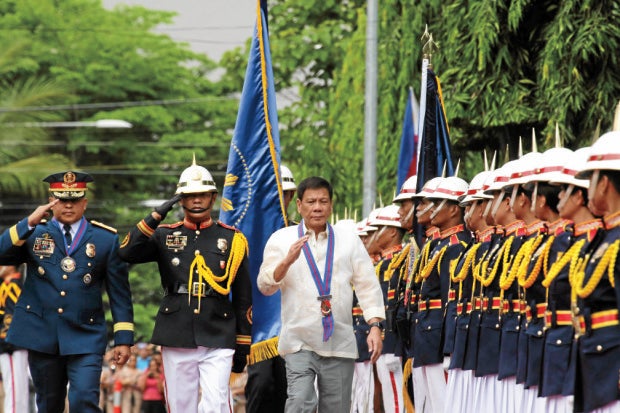 “I WAS crying while listening to the speech of President Duterte. I was so touched because he was taking up the cudgels for ordinary citizens,” said my lawyer-friend who called me on his cell phone.

That lawyer defends the poor pro bono in court.

Millions of people who watched President Digong’s televised speech must have felt the same way.

Mano Digong’s impromptu speech tugged at the heartstrings of ordinary citizens who have suffered silently from government neglect and incompetence and abusive people in authority.

Ordinary citizens have a reason to rejoice because they have found a champion in no less than the highest official of the land.

As his confidant, I know Digong walks his talk; he does what he says.

Listening to Mano Digong’s speech filled this columnist with catharsis.

My staff and I at “Isumbong Mo Kay Tulfo” have had so many disappointments over complaints by ordinary citizens against policemen or corrupt government personnel.

Mano Digong hit the nail in the head when he said that court or administrative cases against cops take such a long time to resolve that aggrieved citizens lose interest in pursuing their complaints.

Or cops who are respondents in criminal or administrative complaints go AWOL (absent without leave) for a long period of time; and when aggrieved citizens are not looking, they work on their acquittal.

I know where President Digong was coming from in that speech because as a former government prosecutor, he knows how the judicial system works.

“Isumbong” has been a witness to so many injustices committed against ordinary citizens through the “due process of law,” which seems to be a refuge for scoundrels.

For readers who don’t know about “Isumbong,” it’s a public service program on radio (dwIZ 882 AM) which takes up the cudgels for aggrieved citizens.

My staff and I go the extra mile by helping citizens file complaints against erring government personnel in the proper agencies.

We also defend litigants who are wrongfully charged by providing them with lawyers.

I met newly promoted Director General Ronald “Bato” de la Rosa for the first time during lunch after the presidential inaugural in Malacañang on Thursday.

He said he would be accessible to the citizenry through “Isumbong” regarding complaints against cops when he becomes chief of the Philippine National Police.

Also on Thursday, I was granted my request to have an early breakfast or dinner with newly installed Interior Secretary Mike Sueno.

Sueno set our meeting anytime in the coming week.

Some of the corrupt customs personnel who were reassigned by former Customs Commissioner John Sevilla at the Department of Finance (DOF) are trying to get back their old positions at the Bureau of Customs (BOC).

They have approached padrinos who are reportedly influential with the Duterte administration.

One of them is a woman who claims to have been appointed deputy customs collector for assessment, a very lucrative position, after talking with Finance Secretary Sonny Dominguez.

Another is a resigned customs police officer who resigned while at the DOF and now wants to get back in with yesterday’s changing of the guard at the BOC.

If those corrupt personnel find their way back to the customs bureau, then President Digong’s campaign against corruption is just a joke.