Lessons of past etched in Balangiga 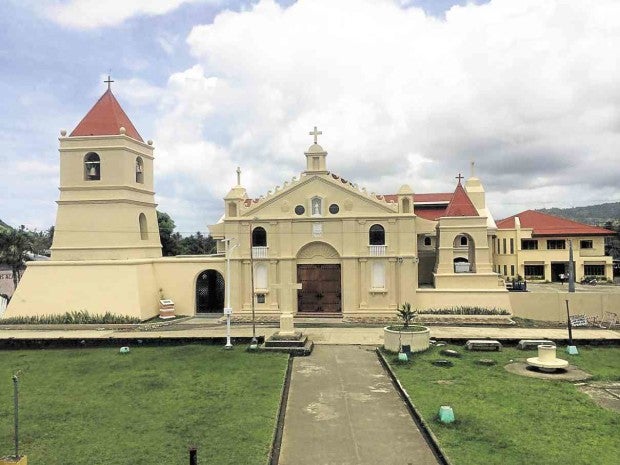 FACADE of the recently renovated Balangiga Church with its belfry at left housing replicas of the so-called Balangiga Bells. The church was damaged when Supertyphoon “Yolanda” struck the province. CONTRIBUTED PHOTO

The people of Balangiga, a sleepy town in Eastern Samar province, have not forgotten how their ancestors fought for their freedom 115 years ago. And they are apparently smarting from the lessons of the past.

Of the more than 300 business outlets in the fourth class coastal municipality, not one is owned by a foreigner. The more than 12,000 residents also value education because their ancestors were easily duped by foreign colonizers because they were illiterate.

Balangiga is the site of the single biggest defeat suffered by the Americans in the Philippines. At least 54 US soldiers were killed while 18 others were wounded in what is now called the Balangiga Encounter of Sept. 28, 1901.

An outraged General Jacob Smith deployed 180 soldiers on Sept. 29, 1901, to turn the town into a “howling wilderness.” He commanded that every Filipino male at least 11 years old and capable of carrying firearms should be shot dead.

The soldiers also burned down the communities.

Not contended with the deaths of thousands of Filipinos, the Americans took the Balangiga bells and a 400-year-old British Falcon cannon in the plaza as war booty. The bells were used by Filipino resistance fighters to signal the attack on the American detachment in Balangiga. 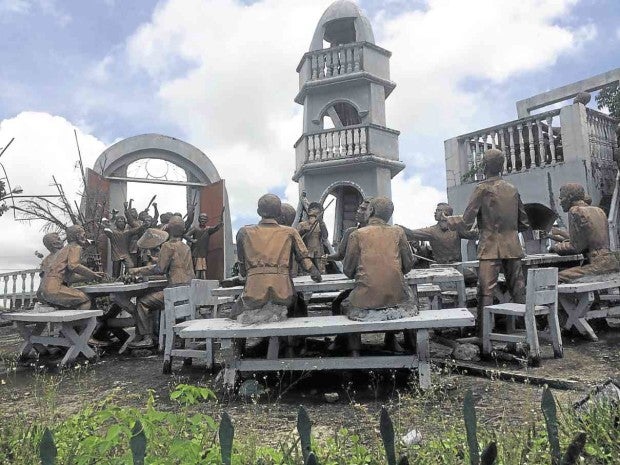 A LIFE-size diorama depicting the surprise attack by Filipino revolutionaries on a contingent of American colonial forces in Balangiga has been installed in the plaza across the Balangiga Church and the municipal hall. CONTRIBUTED PHOTO

‘No right to get bells’

Until now, the bells have not been returned despite the clamor of the residents.

“The Americans have no right to get the bells,” Fe Campanero said. “It was clear that they lost.”

The absence of the bells doesn’t make the Balangi-agnons forget their past.

“No businessman with Chinese origin is doing business here. I guess it showed our true colors of not letting foreigners do business here,” said Valdenor, a descendant of Capt. Valeriano Abanador, the town police chief who was among those who led in the attack against the Americans.

She pointed out that only businessmen from Bohol and Samar provinces were doing business in the town.

This was confirmed by Campanero, head of the local water district and niece of Vicente Candilosas, one of the Filipinos who fought in Balangiga Encounter.

She recalled that some Chinese businessmen used to operate in their town but were “petitioned” by the residents to relocate elsewhere.

“It is not good to say this, but these Chinese businessmen were shortchanging the locals. So they were petitioned to leave Balangiga. Since then, the business owners were either from our own town or from other parts of Samar or natives of Bohol who came to our town due to marriage,” Campanero said. 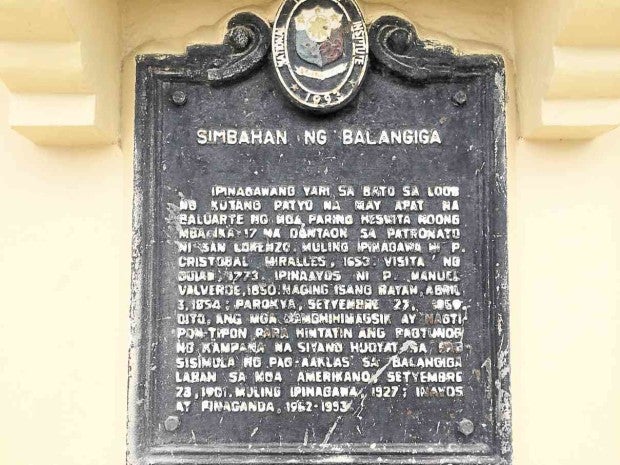 She, however, admitted that it would just be a matter of time before foreigners came in the town, especially with the construction of better roads and the expansion of businesses.

Balangi-agnons also value education—a lesson learned from their ancestors. They send their children to the best schools in Tacloban City in Leyte, Cebu and Manila.

The parents spend for the education of their children. The houses are small—some are made of nipa and plywood—but every home has one or more professionals.

Campanero explained that the people of Balangiga, “no matter what their station in life is,” give premium to education.

“They say that poverty could be measured on how small your house is. But here in Balangiga, even a family with a small house, has produced a graduate or a professional,” she said.

They believe that it is only through education that Balangi-agnons will be truly liberated—this time from ignorance.

In the meantime, Campanero said she and the other residents had not lost hope that their bells would be returned to the St. Lawrence the Martyr Parish Church.

The historic church, she pointed out, was a recipient of financial assistance from the US Conference of Catholic Bishops (USCCB). The donation was used to restore the church which was damaged when Supertyphoon “Yolanda” (international name: Haiyan) hit the town on Nov. 8, 2013.

The financial assistance was coursed through their local counterpart, in the Catholic Bishops Conference of the Philippines.

A business firm based in Olongapo City and owned by an American also helped in the repair of the town public market and municipal hall which were damaged by Yolanda, Campanero said.

She considered the assistance provided by the Americans as a “peace offering.”

“This gesture will be completed if they return the bells just like what they did in La Union,” Campanero said.

Last month, the United States returned a bell taken from a church in La Union in 1901, the same year that the American forces took the Balangiga bells after they suffered their worst defeat at the hands of the Filipino guerrillas.