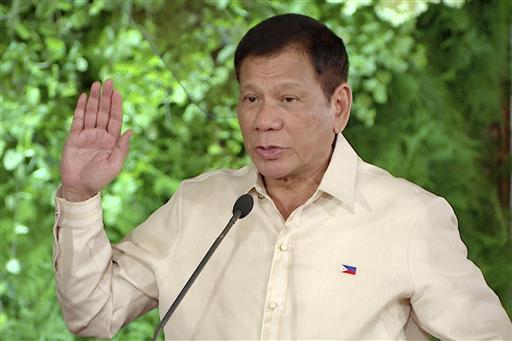 RODRIGO Duterte, who was sworn in as the Philippines’ 16th president on Thursday, has given himself a colossal campaign promise to fulfill: eradicating crime — especially drug trafficking, smuggling, rapes and murder — in three to six months. That won him a lot of votes, but it also spurred alarm and doubts, including from police officials, who said it was an impossible feat.

Famous for his blunt speech, Duterte also made a number of potentially divisive declarations or decisions that will likely complicate his first few months in office. Here are some of them:

Duterte has repeatedly vowed to wipe out crime and corruption in three to six months, warning lawbreakers they would be shot to death if they try to resist. Police officials doubt this can be achieved, and human rights advocates fear that people’s rights and the rule of law will be ignored.

Duterte has adopted a gamut of options in dealing with China over contested territories in the South China Sea. He said he will prod China to abide by the upcoming decision of an arbitration court that’s handling a Philippine lawsuit against Beijing. If China doesn’t budge, he says he’ll be open to one-on-one talks with Beijing.

Another time, he said he leaned toward multilateral negotiations that would involve the United States and Japan and rival claimant governments to resolve the escalating conflicts.

At a televised debate, he revealed his most outlandish idea: Traveling to the disputed waters by Jet Ski and planting a Philippine flag on one of the new Chinese man-made islands, saying it’s up to the Chinese to shoot him and turn him into a national hero.

Duterte has said he will allow the late dictator Ferdinand Marcos — whose body is displayed in a glass coffin his northern home province — to be buried at a national heroes’ cemetery. This may spark a political storm.

The previous president and left-wing activists have opposed such a burial, citing the plunder and massive human-rights violations that happened under the dictator, who was ousted in a 1986 revolt. Duterte argued that those buried at the cemetery were not all heroes, and said he would leave it up to the military whether to bestow full funeral honors. Such a burial, he said, “can be arranged immediately.”

Duterte plans to re-impose the death penalty. Hanging is his preferred mode of execution. He said capital punishment will not only deter crimes but is also retribution for crimes committed. It’s a plan opposed by the Catholic church and human rights advocates and may derail assistance by allies like the European Union.

Duterte said he supports the release of ex-President Gloria Macapagal Arroyo from detention on corruption charges — a move also likely to be met with protests. He said Arroyo refused his offer of pardon because she said that would require that she admit wrongdoing and she wasn’t guilty of any crime. Duterte said he told her that he would support her if she applied for bail, and that her long detention, partly caused by trial delays, was grounds for dismissal of her case. The 69-year-old Arroyo, who is suffering from a neck ailment, finished her tumultuous term in 2010. Since then, she has been charged with vote fraud and corruption and was detained at a government-run hospital.

Duterte said he plans to release detained communist guerrillas, including Communist Party of the Philippines leaders Benito Tiamzon and his wife, Wilma, to foster peace talks to settle the decades-long Marxist insurgency. The Tiamzons, who were captured by government forces in March 2014, face several charges, including murder. Their release may anger some in the military and police who have battled with communist guerrillas and lost colleagues in the fighting.

Duterte said he will work to amend the constitution within the first two years to shift to a federal system that would give more autonomy to regions. Proposals in the past for other amendments to the constitution had been thwarted. Supporters of federalism say it will give areas outside “imperial Manila” more say in governance and will distribute wealth across the country. Critics of the system say it may further entrench political dynasties and create confusion over the government’s responsibilities. The Duterte administration also plans to amend some of the economic provisions of the constitution./ac