Duterte tells FVR: Thank you for making me President 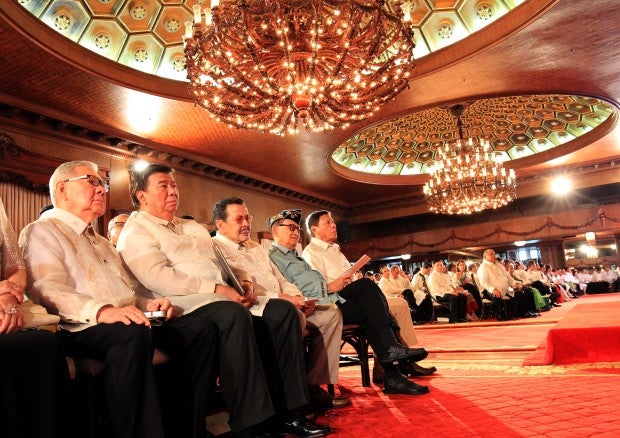 Duterte did not elaborate on his statement.

Before filing his candidacy last December through substitution, Duterte and Ramos met in Manila regarding the former’s plan to run for president.

READ: FVR to Duterte: Better do it or you don’t

Ramos reportedly advised Duterte on how to handle a presidential campaign and how to conduct himself in public amid the expected barrage of criticisms.

Ramos also was said to have given Duterte some tips on how to run the Philippines amid the problems hounding the country.

Last March, Duterte and Ramos met again in Makati City where the latter raised the hand of the incoming President.

During the inauguration on Thursday, Ramos was seen inside Rizal Hall seated beside former President Joseph Ejercito Estrada. He was later joined by Duterte when he arrived inside the hall. RAM/rga