Leni will have Mar, Frank, Sonny at her inauguration 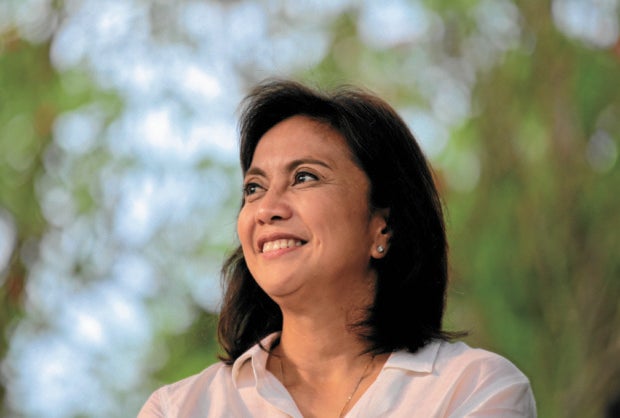 Her key political allies will be by her side once again when Vice President-elect Leni Robredo takes her oath before two village captains on Thursday morning in New Manila, Quezon City.

The main guests will be members of the Gerona and Robredo families, including the Vice President-elect’s mother Salvacion Gerona.

Otherwise, people from the fringes of society will be represented at Robredo’s oath-taking.

Representatives from the sectors that Robredo has served throughout her career as a nongovernment organization lawyer and congresswoman will be present at the flag-raising ceremony and the multifaith prayer that will be part of the inaugural ceremonies, said Georgina Hernandez, Robredo’s spokesperson.

“They are from the women’s sector, the Bangsamoro, persons with disabilities and farmers’ groups. It was made sure that there would be representatives from the sectors that Vice President-elect Robredo has served,” Hernandez said.

Coner is the barangay captain of Punta Tarawal, a fishing community that is described as the “smallest, farthest and poorest barangay” in the third district of Camarines Sur.

San Miguel is the head of Barangay Marina, where the QC Reception House is located. Robredo has chosen to hold office there.

The new Vice President would deliver it in Filipino, highlighting the need for unity, moving forward from the elections, and focus on public service, Hernandez said.

Robredo’s youngest daughter, Jillian, will hold the Bible during the oath-taking. Her older daughters, Aika and Tricia, will also be onstage.

The Robredo women will all wear short, ecru-themed Filipiniana dresses.

Hernandez said it was unclear if outgoing President Aquino would attend the after-inaugural party for Robredo and her supporters at Quezon Memorial Circle in the afternoon.