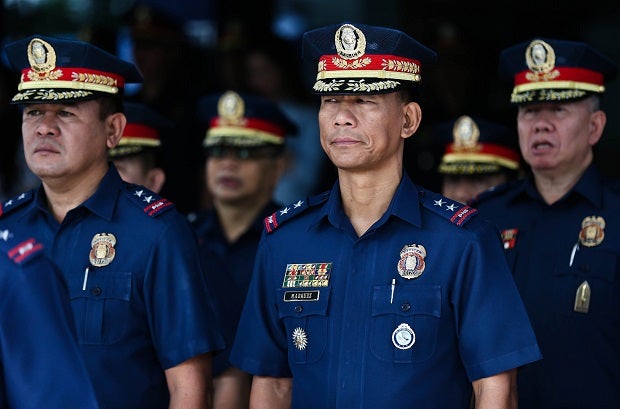 Being the chief of the Philippine National Police for a limited time, Director General Ricardo Marquez grabbed every opportunity to visit police stations, even the most remote in Luzon and Mindanao.

In his retirement speech on Tuesday, Marquez recalled his experiences meeting cops assigned in provincial offices and police stations in “the farthest corners of our archipelago.”

He said most of the cops in remote provinces would always ask him to take “selfies” with them.

Why? Because rarely do they see a PNP chief in the flesh.

“They were all very excited to see me. They take every chance to have a selfie and group pictures with me. At first, I really thought, they just find me good-looking. But the truth is, it has been more than 20 years since they last saw a PNP chief in person, particularly the policemen in Batanes, Tawi- Tawi, Maguindanao and other towns,” Marquez said, drawing laughter from the audience.

Marquez, who had only served as PNP chief for eleven months, said his trips allowed him to gain valuable insights in the realities on the ground, and take actions to address problems and needs of policemen in far-flung provinces.

(While I was listening to their accomplishments, wishes and complaints, I feel the pinch in the heart of a father in front of his children.)

Marquez was given retirement honors on Tuesday at the PNP headquarters in Camp Crame. The ceremony was attended by also outgoing President Benigno Aquino III. TVJ