The road leading to the C5 Katipunan southbound flyover has become a virtual parking lot after an accident involving a trailer truck and a motorcycle occurred Monday afternoon.

The Guidon, Ateneo de Manila University’s student publication, cited an eyewitness account saying that the truck swerved left, hit a motorcycle, collided into a lamppost, and then veered toward the southbound lane. 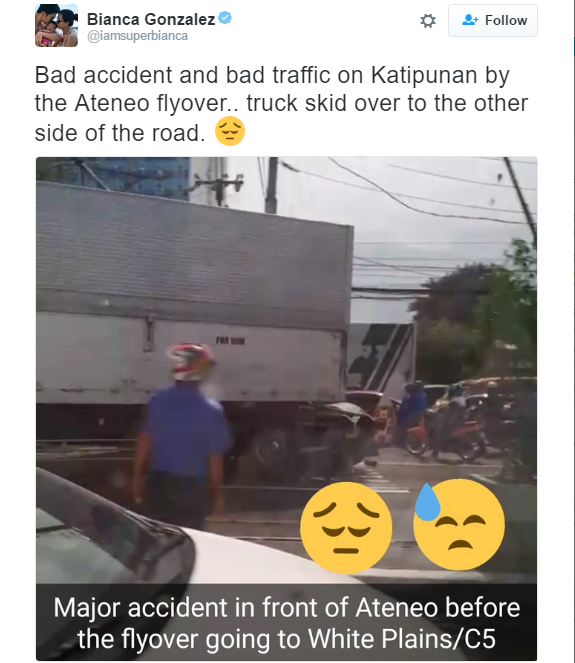 At 4:07 p.m., a member of the MMDA’s digital team told INQUIRER.net that the southbound flyover remains impassable. The truck has been cleared as of 4:44 p.m.

He also said that the unidentified driver of the motorcycle was wounded in the accident and was brought to the Quirino Memorial Medical Center for treatment. 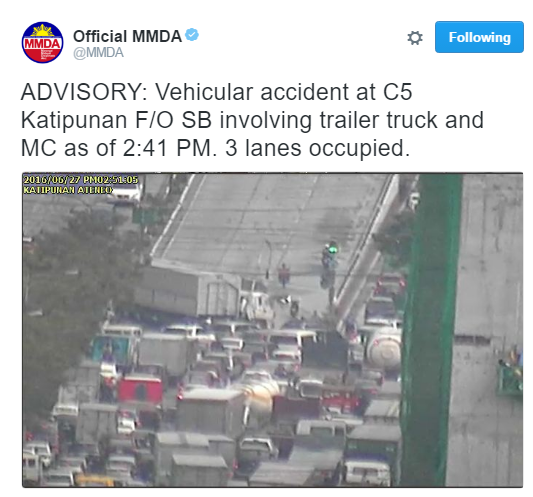 Katipunan Avenue is notorious for its heavy traffic. Recently, the MMDA launched the Ateneo Shuttle Service Program in a bid to reduce the volume of cars in the area. AJH/JE