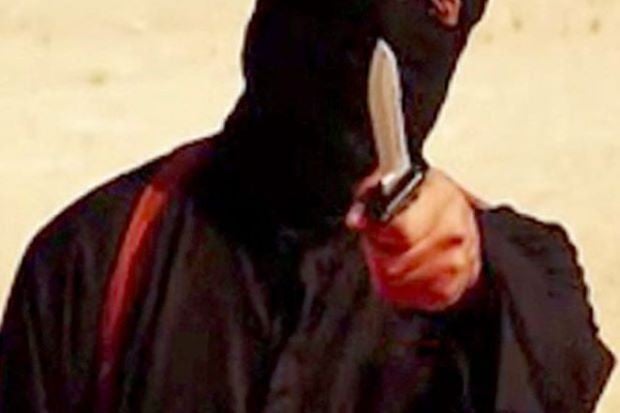 ISIS has claimed that it killed five citizen journalists in Syria. AP FILE

BEIRUT, Lebanon — The Islamic State group Sunday published a video showing the execution-style killing of five Syrian citizen journalists they kidnapped eight months ago in the east of the war-torn country.

The victims seen in the footage — which was posted on the blog of the group’s Al-Bayan radio — were all from the city of Deir Ezzor, 60 percent of which is controlled by ISIS.

A Britain-based monitor that works with sources inside Syria to collect information on the five-year conflict said it recognized one of the victims as a citizen journalist it had worked with.

The activists were kidnapped in Deir Ezzor in October and killed between November and December, said the Syrian Observatory for Human Rights.

“The video was only published now because ISIS — who are losing ground in Syria — want to send a message that they are still strong,” Observatory chief Rami Abdel Rahman said.

The jihadist group has come under pressure in Syria, where a US-backed Kurdish-Arab alliance is pressing an offensive to retake its bastion of Manbij near the Turkish border.

ISIS has previously claimed the killing of several citizen journalists working secretly in areas it controls in Syria — including the group’s stronghold of Raqa — and accused them of being spies.

It has also claimed to have killed activists in Turkey.

Last October, the decapitated bodies of two activists originally from Raqa were found in the Turkish city of Sanliurfa, 55 kilometers (35 miles) from the Syrian border.

In late December, Syrian anti-ISIS filmmaker Naji Jerf was killed in the Turkish city of Gaziantep.

And in April, Syrian journalist Mohammed Zaher al-Shurqat died in hospital after he was shot in the head by ISIS jihadists in the same city.