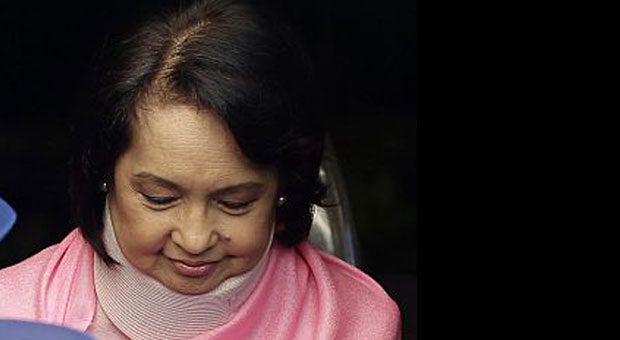 In a three-page motion filed Thursday, Arroyo said there is a need to resolve her petition in light of the recent order of the Office of the Ombudsman ordering the conduct of preliminary investigation for plunder and malversation of public funds also in connection with the PCSO funds—this time covering the period from 2004 to 2007.

“That the institution of the new complaint which involves disbursements of PCSO funds for earlier years hardly suggests that its filing is to vindicate a public wrong,” read the motion filed through Atty. Estelito Mendoza.

“Indeed, in an earlier pleading, the petitioner has stated that, in the light of the arguments now on records of the case, (petitioner Arroyo) sees the ‘break of dawn’ in the restoration of full restoration of her freedom. The office of the Ombudsman seeks to prolong her nightmare,” it alleged.

Arroyo urged the high court to resolve her petition “at the earlier possible opportunity,” lamenting that she has been in detention since October 2012.

Arroyo’s petition with the high court includes a petition for demurrer to evidence which seeks the dismissal of her case for lack of evidence, a petition for bail and questioning the finding of probable cause in her case.

The high court already asked the Sandiganbayan for the complete record of Arroyo’s plunder case.

The high tribunal earlier stopped the trial of Arroyo in the remaining plunder case against her through the issuance of a status quo ante order (SQAO) on the proceedings before the first division of the anti-graft court pending its resolution of her bail petition. The order was extended three times. The SQA lapsed last June 20. RAM/rga

Read Next
Freed Abu Sayyaf captive Marites Flor now in Davao City
EDITORS' PICK
Metro Manila’s COVID-19 cases on downward trend, but surge not over — OCTA
House energy committee chair Arroyo bats for cheap electricity
Unleash the photographer in you this World Photography Day with vivo smartphones
Look Through: The fate of impounded stray dogs
Palace warns sugar hoarders after raid on Pampanga warehouse
What to watch out for when selecting a video surveillance solution
MOST READ
LOOK: Miel Pangilinan dazzles in glittery pre-debut shoot
DOJ indicts bank officer in $2.1 billion Wirecard fiasco
No De Lima visit, but US lawmakers got to see Marcos
August 19 a special non-working holiday in Quezon City
Don't miss out on the latest news and information.