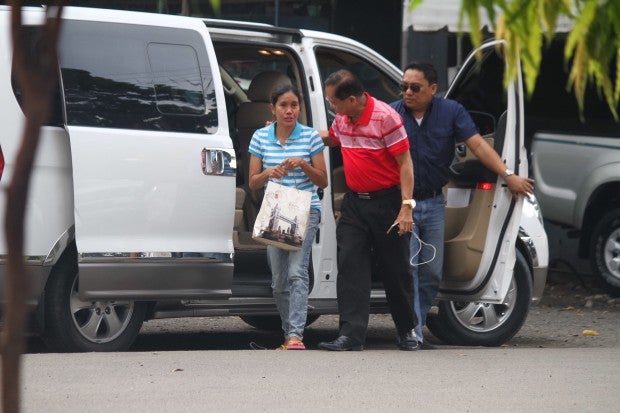 Flor, a native of Bukidnon and the girlfriend of fellow beheaded kidnap victim Robert Hall, was freed on Thursday evening but she was only turned over to Sulu Gov. Abdusakur Tan II early morning Friday.

Hall was beheaded last week after the ransom demand of the terrorist group was not met. Another Canadian hostage, John Ridsdel, was beheaded in April.

As of 12 noon, Flor is in the custody of Joint Task Force Sulu for medical checkup according to Western Mindanao Command spokesperson Maj. Filemon Tan.

There was no information as of yet on the fate of Norwegian Kjartan Sekkingstad, another Samal kidnap victim.

Flor was kidnapped with Hall, Ridsdel, and Sekkinstad from a marina on the Island Garden City of Samal in Davao del Norte in September last year.

“I received words that Flor had been released and the plan is to bring her to Davao, to incoming President (Rodrigo) Duterte. I am on my way to Jolo to pick up the released hostage, I’ll bring her to Davao to present her to Duterte,” Dureza told the Inquirer in an interview at the Zamboanga City International Airport.

Dureza said he did not know of any precondition for Flor’s release.

“I came from Oslo and then I got word that our efforts to recover her from (the Abu Sayyaf).. yielded good results and I am here to pick her up,” he said.

A 7-seater Lear jet was already waiting for Flor at the Jolo Airport, he said. With reports from Yuji Vincent Gonzales and Frances Mangosing, INQUIRER.net/IDL/RGA