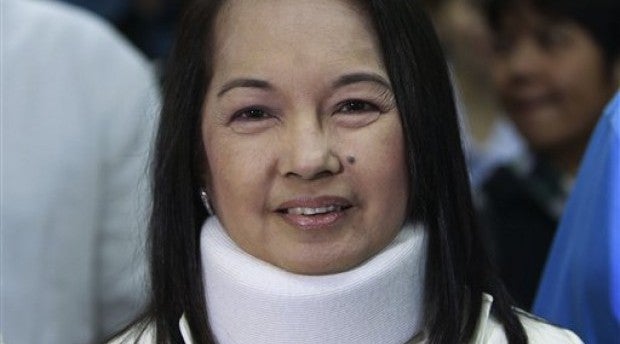 The Ombudsman is building up another plunder case against reelected Pampanga Representative and former President Gloria Arroyo, her lawyer said on Thursday.

In a text message, Atty. Laurence Arroyo (not related) said the field investigation office (FIO) of the Ombudsman has filed a new plunder complaint against Arroyo for preliminary investigation.

The investigation is different from the ongoing plunder case involving Arroyo for the alleged misuse of P366 million in charity funds of the Philippine Charity Sweepstakes Office (PCSO) for personal gain from 2008 to 2010.

This new case under investigation involves a plunder and malversation complaint against Arroyo for the alleged misuse of P57 million PCSO intelligence funds from 2004 to 2007.

Arroyo has been denied bail in her present plunder case. She has elevated her appeal to the Supreme Court.

“It’s a new complaint for plunder and malversation re PCSO filed by the FIO. The Ombudsman is conducting a preliminary investigation. It covers the years 2004-2007. The present case with the Supreme Court covers 2008-2010, also PCSO,” Atty. Arroyo said.

Asked if this is another case to keep Arroyo in detention once the Supreme Court rules in her favor, Atty. Arroyo said if the high court grants Arroyo’s demurrer to evidence, then all other investigations involving her must be dismissed.

Arroyo has elevated to the Supreme Court her petition for bail, house arrest, and demurrer to evidence.

“I don’t know what the intention behind this complaint is. But if the SC grants PGMA’s demurrer, then that would undermine the present complaint. The SC’s decision will be binding precedent. It should be the last word on the subject matter of the PCSO intelligence funds,” Atty. Arroyo said.

Atty. Arroyo said the congresswoman is confident her cases would be dismissed for lack of evidence.

Besides her plunder case, Arroyo also faces charges of graft and breach of Code of Conduct for public officials in connection with the $329 million National Broadband Network (NBN) deal with Chinese telecommunications giant ZTE.

She asked the court for permission to file a demurrer in her bid to dismiss the case for lack of evidence. A demurrer seeks to dismiss the grounds set by the prosecution against an accused.

READ: Court to rule on Arroyo’s demurrer of evidence in NBN-ZTE deal

Arroyo was charged with two counts of graft for approving the NBN deal despite being disadvantageous to government and despite knowing its alleged irregularities. She was also accused of having personal gain in the contract.

Arroyo was also charged with one count of violating the Code of Conduct and Ethical Standards for Public Officials and Employees or Republic Act 6713 for having lunch and playing golf with ZTE officials while the broadband project proposal was still being assessed by government.

The 2007 NBN-ZTE project would have interconnected government offices nationwide through broadband technology. JE/rga