The young Jose Rizal in his diary ‘Memorias’ 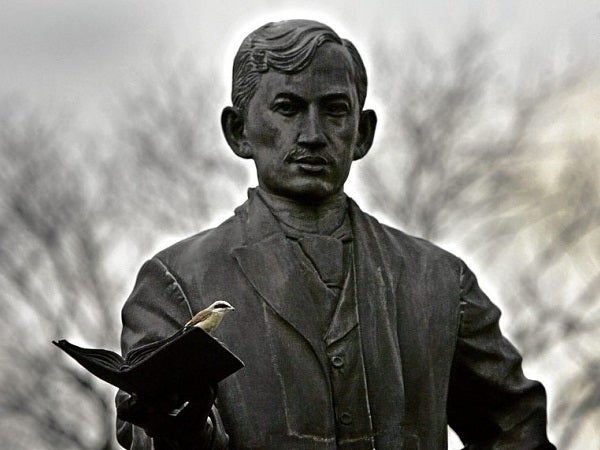 Many people revere the national hero Jose Rizal as the icon of the Philippine Revolution in 1896 who penned the classics Noli Me Tangere and El Filibusterismo that indirectly awakened Filipinos to revolt against their Spanish colonizers.

People rarely look at Rizal as a child. He was no different from ordinary boys who have received beatings, talked about their crushes and played games.

Such an attempt was made by Dr. Lianne Habana, an Assistant Professor at the Ateneo De Manila University Department of History. She tackled Rizal’s childhood and childlike mind at a conference Monday in the Ateneo to commemorate Rizal’s 155th birthday. Rizal was born on June 19, 1861.

In her lecture, Professor Habana, who holds a Ph.D in Philippine Studies at the University of the Philippines, gave a glimpse of Rizal’s psyche growing up using the national hero’s diary aptly titled “Memorias de un estudiante de Manila” or “Memories of a student in Manila,” written by Rizal when he was between 17 and 20 years old.

The diary, Habana said, written in Spanish, traced Rizal’s roots growing up in Calamba to his early studies in nearby Binyang (now Biñan) and eventually to his formal education at the Ateneo Municipal school in Intramuros.

Habana said the book, penned under the pseudonym “P. Jacinto,” depicted Rizal’s “very typical boyhood in the 19th century,” of Rizal playing games with his cousins while growing up in Laguna.

Thankfully, a translation of the Memorias by the Rizal scholar Leon Ma. Guerrero is available at the University of the Philippines Diliman Main Library, from which this writer borrowed a copy for this report.

Citing the book, Habana said Rizal had a typical boyhood except for the fact that he was not born a very “cute baby,” especially with his “very big head abnormally large for his body,” which made Rizal barely able to walk at two years old.

But Rizal showed his prodigy even at a young age, starting at nine years old when he studied in his aunt’s house at Binyang where was taught by a stern tutor Rizal described as a “tall, thin, long-necked man, with a sharp nose and a body bent slightly forward” who gave him beatings or lashed him despite his stellar performance in school.

“In Binyang, Rizal was very unhappy. He had a very inquisitive mind, and maybe, he’s kind of pilosopo, that he would often get on the wrong side of the teacher and get beaten up every day,” Habana said.

“This would really suppress the learning of a child. Then again, as a child, he could have also made it dramatic than it really was,” she added.

“When shall the night come to shelter me so that I may rest in profound sleep?” Rizal wrote in his Sept. 11, 1878 entry (he was just 16 years old) about his childhood in Calamba. “Only God knows. Meantime, now that I am separated in the springtime of life from those I love best in the world, now as I sadly write these pages.”

What also stood out in Rizal’s Memorias was that about his mother Doña Teodora Alonso, who was arrested when Rizal was just 10 years old on the trumped up charge that she acted as an accomplice in the attempt to poison her brother’s wife.

Rizal’s mother was eventually acquitted by the Supreme Court, but only after almost two and a half years of incarceration.

“Returning to Calamba, the family was in disarray. The imprisonment of his mother (had an effect on) Rizal who suffered a bit and became very sickly,” Habana said.

“I cannot tell you the emotion and the profound grief that overempowered us. From then on, while still a child, I lost my confidence in friendship, and I mistrusted men,” Rizal wrote about his mother’s arrest in his diary entry on Nov. 1, 1878.

At the age of 11, Rizal entered the Ateneo school then located at the Intramuros (the walled city) and was initially denied entry, Habana said. But through connections, Rizal was allowed to study at the premier school despite knowing very little Spanish.

In his diary, Rizal described his feeling different upon entering a school of mestizos while he was a dark-skinned Filipino boy from Calamba.

“In Rizal’s own words, he felt isolated because most of his classmates were mestizos and he was not. They’re all friends, and they’ve established clan associations, and he was the new boy from the province. He could barely speak Spanish,” Habana said.

Rizal then rose through the ranks as a pre-teenaged student. With the system then of putting the poorest performing students at the back and the better students in front, Rizal earned his way to the top of the class.

“In the seating arrangement, it was by grade that you start at the back if your grades are dismal and in front if you have high grades,” Habana said.

“Before long, Rizal was jumping lines,” she added.

At the Ateneo, Rizal excelled in his studies, whether that be the arts, philosophy, natural history and the sciences.

“At about this time, I began to spend my leisure time in the reading of novels… Picture an imaginative twelve-year-old reading the Count of Monte Cristo, smacking his lips over the dramatic dialogues, reveling in its sensations, following the hero step by step in his course of revenge!” the young Rizal wrote in his diary entry dated April 7, 1879.

Pondering about his two years of college education, Rizal spoke of the “society of muses” that inspired him, of poetry that portrayed the “prosaic positivism of gold-hardened hearts,” the science of physics that showed to him “an amble stage on which the divine drama of nature was played.” Rizal, at a young age, was already a romantic even with the sciences.

But Rizal was not spared the infatuations afflicting young hearts when he was 16 – he wrote of a childhood sweetheart Segunda Katigbak, considered as Rizal’s first love.

“Like most boys, he liked girls. The cutest part is when he writes about one of the girls in the neighboring school, Segunda Katigbak. They did cute things together – exchanging origami, and talking to each other in coded messages,” Habana said.

Habana said reading the Memorias, one gets a sense of wonder at how Rizal was just like any ordinary child growing up – a boy struggling with the trials he has made overly dramatic through his childlike wonder at life’s experiences.

“If you look at his Memorias, many things stand out, and for me whenever we think of Rizal, (we see) this genius when apparently he just started as a normal child like many of us,” Habana said.

“He was really a very normal person, but he was able to carve out a niche for himself in our story as a nation,” Habana added.

“He was also the Rizal we know less, the other side of Rizal that is not connected to how educated he was. It’s more of how he was as a Filipino.”

Such was the feeling that resonates after reading the Memorias, summarized best by Leon Ma. Guerrero in his preface to the book as translator: “(The Memorias) make it possible for every generation to believe that… they can be other Rizals.”

“To be like Rizal seems a much less hopeless ambition.”

In concluding his musings about his college education, Rizal reflects on his stellar performance in school with both excitement and trepidation – with a romantic tribute to that golden era of childhood which he revered as the peak of innocence that can never recur in his lifetime.

“And so farewell, beautiful age which was, in the darkness of my life, the brief twilight which will not shine again,” Rizal wrote.

“Farewell, happy hours of my lost childhood, fly to the bosom of the immaculate Purity which created you, there to enhance the innocence of tender hearts.”