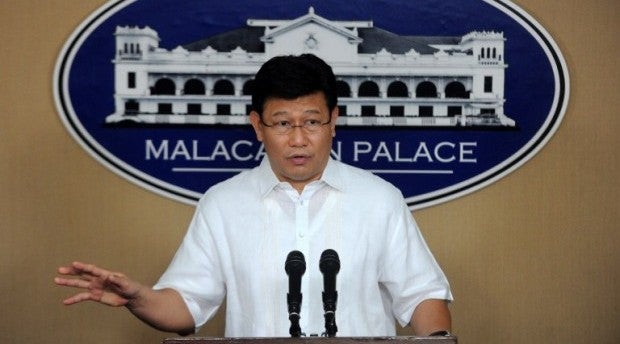 OUTGOING Environment Secretary Ramon Paje admitted the “error” in demolishing an old two-story Department of Environment and Natural Resources (DENR) building in Quezon City when it was only supposed to be renovated.

He however cleared of liability the official he had put in charge of the construction of a new Foreign-Assisted and Special Projects Office (Faspo) building, attributing the fiasco to unnamed people “careless in making decisions.”

The Commission on Audit (COA) recently demanded that the responsible DENR officials be sanctioned and made to pay P20.4 million for the cost of the Faspo building that was demolished in January 2014.

A March 14 audit observation memorandum said Paje had authorized Assistant Secretary Rommel Abesamis to change the original P5 million contract with the Department of Public Works and Highways (DPWH) from a renovation to a construction without informing other officials.

According to insiders, the  new building was to have six stories and include  basement parking and a helipad.

In an interview, Paje said the project fell through because the Department of Budget and Management (DBM) refused to “realign” funds from maintenance and other operating expenses to capital outlay.

Without mentioning Abesamis, he said: “They tried to realign funds. But at the time there was an issue and the DBM was no longer keen on realigning due to the DAP (Disbursement Acceleration Program) so it became a problem.”

“I think the error was they were careless in making decisions, that the budget was not appropriated. If (the budget) was for repair, it should be repair. You should not have demolished the building. That was the error, maybe due to lack of experience or—I don’t know,” Paje added.

He did not say how much they asked for, but insiders said the new building would cost about P200 million.

“The DPWH should also be liable because they demolished the building,”  Paje said. “I do not want to blame the DPWH. I believe if there is accountability, whoever the officials involved are those have a right to appeal.”

“It was not fraud or graft. It was a wrong decision. Anyway no money was lost,” he said. Donna Z. Pazzibugan

Read Next
Risa: Rody can’t stop Senate probes
EDITORS' PICK
Manila is 78th most expensive city in the world for foreign workers
TeaM Energy pushes development programs to help in pandemic rebound
Want to help local farmers? Shop small and eat Real Food
Piolo Pascual: The Ultimate Heartthrob continues to level up
ICC is everything but a court of ‘white people’
Garcia softens stance, meets IATF halfway on swab-upon-arrival policy
MOST READ
Sharon Cuneta on living in the US: ‘Nagagawa ko lahat ng normal na bagay’
Mike Nieto asks fans: ‘No below the belt remarks’ toward South Korea
ICC is everything but a court of ‘white people’
Duterte-Duterte tandem possible but ‘winnability is another question’ — Binay
Don't miss out on the latest news and information.