In The Know: Boracay Mansion 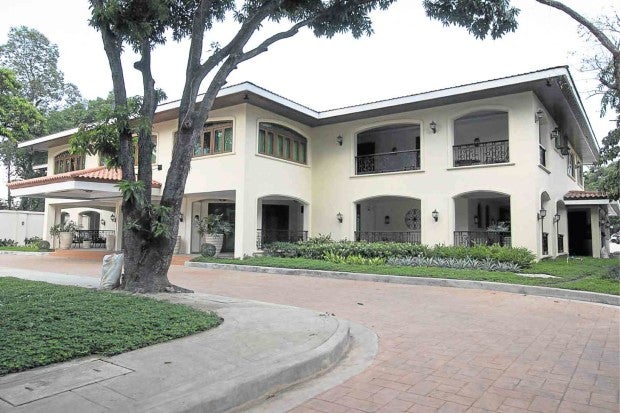 Controversy has hounded the “Boracay” property for years.

In March 2001, the National Bureau of Investigation established that the property in New Manila—which derived its name from its fine white sand that was supposedly flown in from the world-famous resort island—had been bought using funds from the so-called Jose Velarde account.

Jose Velarde is alleged to be an alias used by deposed President Joseph Estrada to amass ill-gotten wealth.

The 7,145-square-meter property at No. 100, 10th and 11th Streets in New Manila, once boasted of a mansion and a swimming pool equipped with a machine that produced artificial waves.

Though a 2007 valuation report had put its value at P142.9 million, the property could be worth up to P280 million as of 2010, with neighboring lots commanding prices of between P30,000 and P40,000 per square meter. The estimate just refers to the lot since the remaining structure is no longer what it once was: The valuation report described the mansion as now “totally damaged, vandalized and not anymore liveable.”

It was said to be once the residence of Estrada’s mistress, one-time starlet Laarni Enriquez, with whom he has three children.

The property was found to be registered under St. Peter’s Holdings Corp., which bought it on Oct. 1, 1999.

The company was owned by businessman Jose Yulo, who claimed that the real owner was Estrada’s friend Jaime Dichaves. Estrada himself insisted it was Dichaves’ property and that he only borrowed it for a time.

The Quezon City government set up an auction for the property in September 2005 after its owners failed to pay an accumulated amount of P1.7 million in real property taxes.

Before the 2005 auction, St. Peter’s Holdings was served notice of possible forfeiture. However, the Quezon City government found there was no longer a company by that name at the address given, 15th floor, Strata 100 Building, in Ortigas.

With the disappearance of the owners, the auction pushed through. There were no bidders and this resulted in the property’s forfeiture to the city government.

The lack of bidders even at that time was no surprise.

Former Quezon City treasurer Victor Endriga told reporters the entire roof of the residence had been looted. The looters also pulled out the steel railing of the fence.

The property’s white sand had been replaced by rubble. The pool became nothing more than a hole in the ground.

In November 2007, the Land Registration Authority ordered the Quezon City government to relinquish its title to the property. This was to allow the Sandiganbayan to auction off the Boracay Mansion in favor of the national government.