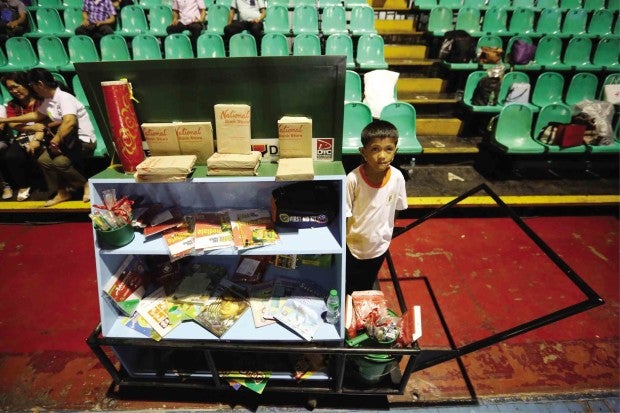 An alumnus of DepEd’s “Kariton’’ program stands next to his mobile classroom, a pushcart loaded with storybooks and other educational materials, during Thursday’s graduation rites in Pasig City. PHOTO BY RAFFY LERMA

MORE  than 1,200 street children have completed the latest edition of the Kariton Klasrum program spearheaded by the Department of Education.

At graduation ceremonies held on Thursday, Education Secretary Armin Luistro said the children, who come from various slum areas in Metro Manila, are now ready to either enter or resume formal education.

The program began in 2015 and primarily relies on mobile classrooms that can be set up in hard-to-reach areas. It was inspired by a project of Efren Peñaflorida, who was named CNN Hero in 2009 for his pushcart learning system.

“These children have already enrolled in regular classes,” Luistro said in an interview after the rites held at PhilSports Arena in Pasig City. Also gracing the program were Peñaflorida, Social Welfare Secretary Dinky Soliman and incoming Vice President Leni Robredo.

Kariton Klasrum caters to children aged 5 to 14 years old, who receive individualized instruction from a mobile classroom teacher. The training aims to help the child adjust to a more formal learning setup.

“You start with very simple lessons, mostly reading stories, math. It depends on the child’s level, so the teacher adjusts. Some are ready in two months but we don’t force it,” Luistro added. The pupils are also fed nutritious meals and given regular health checkups.

According to Education Undersecretary Mario Deriquito, a total of 59 Kariton Klasrum sites have been set up in Metro Manila since 2015.

“We make sure that all the children who need to study are given the opportunity; no one should be left behind. Our goal is to get them back to school,” Deriquito said.

Based on figures presented during Thursday’s graduation, Manila had the highest number of street children who underwent the program, with 360.

There were 160 graduates from Pasay City, 109 from Malabon, 96 from Taguig and Pateros, and 91 from Marikina. 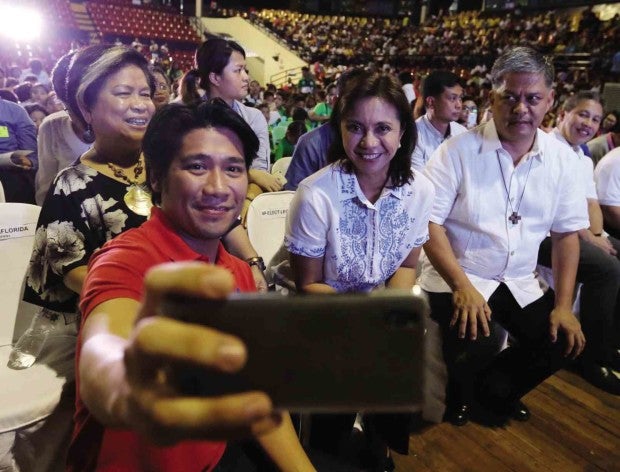