Duterte meets with Cabinet appointees for the first time in Manila 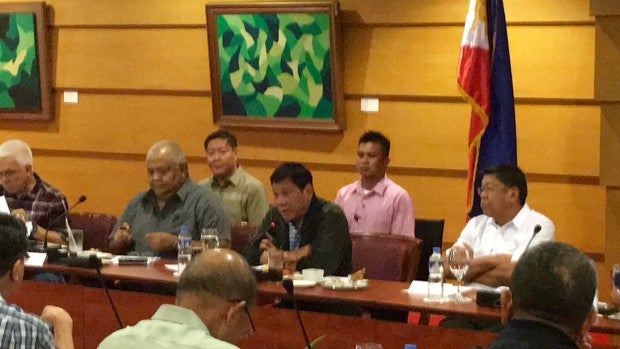 Davao City Mayor Rodrigo Duterte set foot in Manila for the first time as President-elect on Wednesday, gathering his appointees outside his hometown for a meeting at the nation’s seat of power.

Duterte landed in Pasay City at sundown via chopper, going straight to meet his appointees at the Philippine International Convention Center (PICC) past 6 p.m.

The meeting was off-limits to the media.

Martin Andanar, the incoming chief of the Presidential Communications Operations Office, told reporters that “all available” appointees were called to the meeting.

It was the first time for the administration-in-waiting to meet in Manila; their earlier meets with Duterte were held at the Presidential Guest House or the Malacañang of the South in Barangay Panacan, Davao City. 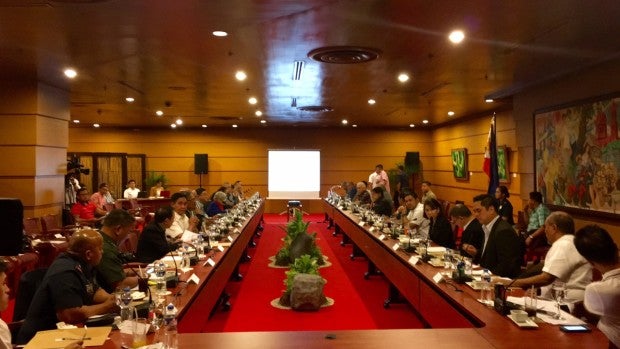 A little past 7 p.m., Dela Rosa said in a chance interview outside the PICC gates that the meeting was just about the begin, and that Duterte was going to talk to his appointees in clusters.

Before gathering his appointees in Manila, Duterte swung by Northern Luzon.

In Bataan, he visited the wake of the late Bataan Vice Governor-elect Enrique “Tet” Garcia Jr., who passed away Monday night.