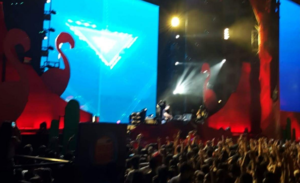 MANILA — The deaths of three people in the Close Up’s outdoor concert in Pasay City in May came as a “surprise” to two company doctors, their lawyer said on Monday.

“They didn’t know the condition of the patients [was fatal],” said lawyer Adonis Gabriel in an interview with reporters at the National Bureau of Investigation.

Gabriel was referring to physicians Felani Lo and Teresita Agustin, whom he accompanied on Monday to the NBI as probers from NBI’s Death Investigation Division and medico legal officer clarified some points in their affidavits.

Lo attended to 18-year-old Bianca Fontejon, while Agustin handled Eric Anthony Miller, 33, and Lance Garcia at their “field hospital” after they collapsed on the concert ground. After seeing the victims’ conditions, both doctors ordered that they be rushed to the hospitals via ambulance “within three to five minutes.”

In an interview, Lo declined to discuss the medical condition of the fatalities but she believed she did her “best” to save her patient. When asked what she meant by best, the physician declined to elaborate.

Gabriel said the doctors did what “they thought…was the best at that time.” But he said he could not explain the procedures because they were too “technical.”

A source privy to the probe said knowing the medical condition of the victims would help investigators establish “if there was drug abuse during the concert.”

Aside from the doctors, the NBI-DID also subpoenaed the paramedics for affidavit and questioning. They also submitted a list of people who sought help during the concert.

Gabriel said “more or less 50” people sought medical attention during the event. Their concerns varied from headache, suffocation, difficulties in breathing, vomiting and, for Fontejon and Ariel Leal, 22 (another fatality in the concert),  “unresponsive to painful stimuli and verbal command.”

Aside from that, Fontejon and Ariel Leal had fast heart rates, excessive sweating, and dilated pupils. The difference was that Leal consumed alcohol based on his breath, Fontejon did not.

Miller was “uncommunicative and chilling.” His heart rate was also fast and his pupils were dilated. His limbs were “flailing” and it took “four to six people” to restrain him before he was taken to the hospital.

NBI-DID also asked the doctors and paramedics to plot where their field hospital was located during the event. Gabriel said it was equipped with what was needed for basic first aid.

On Tuesday (June 14), a representative from Unilever Philippines, and the bouncers who guarded the concert grounds are expected to show up at the NBI-DID for questioning.

Aside from Fontejon, Garcia, Miller and Leal, Ken Migawa, 18, also collapsed and died in the concert.  SFM/rga