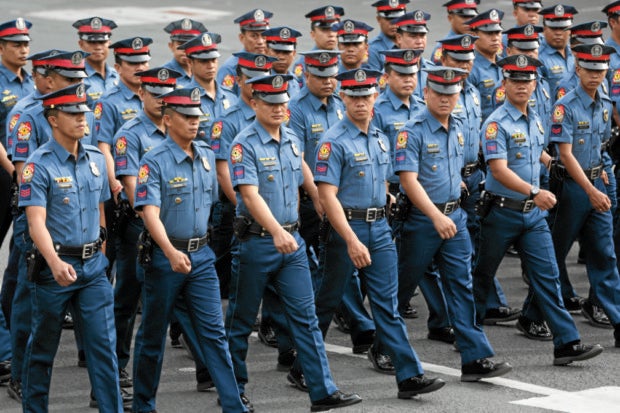 DAVAO CITY, Philippines—Sen. Alan Peter Cayetano on Sunday said President-elect Rodrigo Duterte was already studying a proposal to increase the salary of policemen with a rank of Police Officer 1 (PO1) to P50,000 a month.

“Bale ang makukuha nila ay P50,000, kasama na ang base pay at saka allowance (They will receive P50,000 including the base pay and allowance)…This is his (Duterte’s) promise,” Cayetano told the media on the sidelines of the launch of a coffee table book of the Philippine National Police Academy at Abreeza Mall here.

But while saying that the plan was “very doable,” Cayetano, Duterte’s defeated running mate in the recently concluded May national elections, said the proposal would need the support of Congress.

Cayetano said his team, including Duterte’s aide Christopher “Bong” Go, has already submitted the proposal to the incoming President and his appointed PNP chief Ronald dela Rosa “so they can take a look at the numbers.” The next stop, he said, will be to the budget secretary.

During the campaign, Duterte repeatedly vowed to double the salary of policemen to boost their morale and so that they will not engage in corrupt activities.
READ: Duterte vow to double cops’ pay will inspire them to do better

Duterte won the elections by a landslide, promising an all-out fight against illegal drugs and criminality. RAM/rga