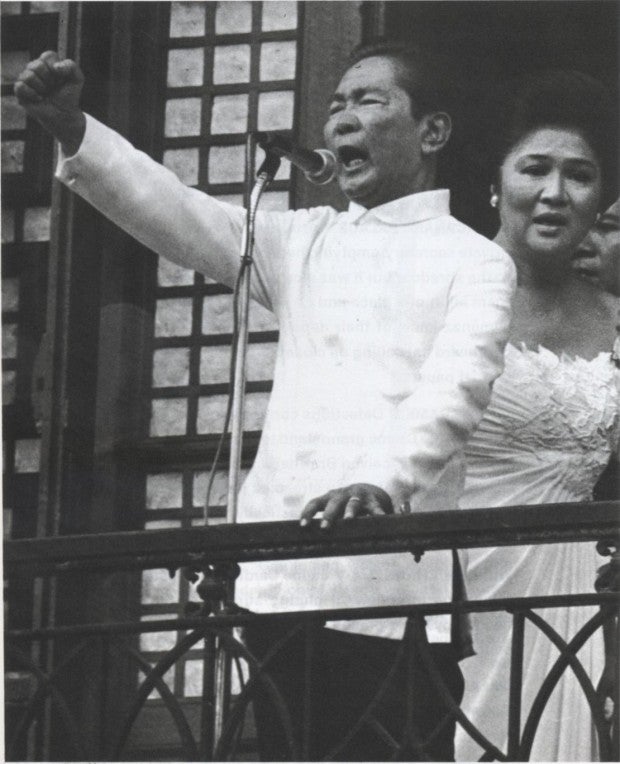 President-elect Rodrigo Duterte had said during the election campaign that he would allow the late dictator Ferdinand Marcos to be laid to rest at the Libingan ng mga Bayani because he was a former soldier, not because he was a hero.

He said the issue has created “division” among Filipinos and letting Marcos have a hero’s burial will erase the hatred persisting among the people.

As for the torture victims of Marcos who had won court-granted compensation from his recovered ill-gotten wealth, Duterte advised them to go back to the courts to seek the speedy release of the money.

“Look, there [are] the courts. Go to the courts because the person you’re running after is a cadaver. What do you want more from the guy? He’s already dead,” Duterte said in a press conference last month.

He added: “You said Marcos should not be buried there. That is [on] the question of his abuses. It is something that is attached to his persona forever. Marcos might not really be a hero, I accept that proposition, maybe. But certainly he was a soldier.”

“It has always been our family’s position that it is our father’s right under the law to be buried there being a soldier and a former President of this country,” the younger Marcos said in a statement.

For exiled Communist Party of the Philippines founder Jose Maria “Joma” Sison, a martial law victim, it is not a big deal for Marcos to be buried in a cemetery for soldiers of the reactionary government.

“Marcos, even though he was a fake soldier for a long time, was a true soldier during the Bataan [siege]. So he may be buried there,” Sison said in a press conference via Skype on June 2.

Victims and survivors of Marcos’ dictatorship had condemned Duterte’s pronouncement, saying it would “whitewash” the crimes he committed to the Filipino people and will send the wrong message to the world that in the Philippines, crime pays.

Former Commission on Human Rights chair Etta Rosales said in an open letter to Sison that it would be the “height of irony” for the Philippine government to accord Marcos a hero’s burial when the law itself recognizes the sacrifices of thousands of Filipinos martyred during the dictatorship.

Rosales, also a martial law victim, said making Marcos out to be some kind of hero by burying him at the Libingan ng mga Bayani would be “a betrayal of the Filipino people’s historical struggle against martial rule and repression.”

There are 75,730 victims with pending claims before the Human Rights Victims Claims Board for the atrocities committed against them between 1972 and 1986 when Marcos was President.