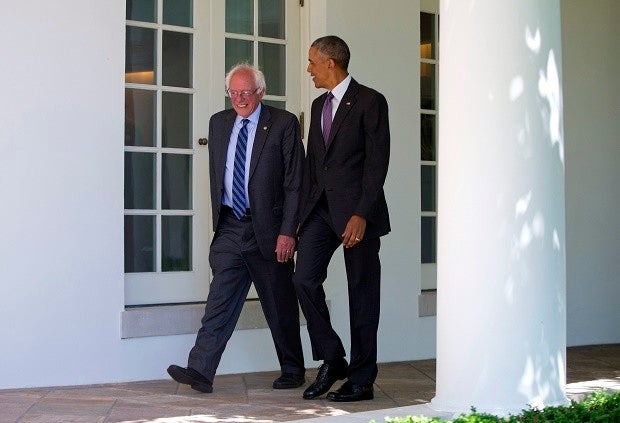 WASHINGTON — Testifying to Hillary Clinton’s grit and experience, President Barack Obama endorsed his former secretary of state’s bid to succeed him on Thursday and urged Democrats to line up behind her. It was all part of a carefully orchestrated pressure campaign aimed at easing Clinton rival Bernie Sanders toward the exit and turning fully to the fight against Republican Donald Trump.

Obama’s long-expected endorsement, delivered via web video , included a forceful call for unity and for “embracing” Sanders’ economic message, which has fired up much of the liberal wing of his party. Obama sought to reassure Democrats that Clinton shares their values and is ready for the job.

“Look, I know how hard this job can be. That’s why I know Hillary will be so good at it,” Obama said. “I have seen her judgment. I have seen her toughness. I’ve seen her commitment to our values.”

Obama’s testimonial came less than an hour after the president met privately with Sanders at the White House to discuss the future of the senator’s so-called political revolution — one that will not include him taking up residence at the White House. Sanders emerged from the meeting subdued and indicated he had gotten the message.

READ: Clinton endorsement imminent, Obama to sit down with Sanders

Although he stopped short of endorsing Clinton, the Vermont senator told reporters he planned to press for his “issues” — rather than victory — at the party’s July convention and would meet with Clinton “in the near future” to discuss ways to defeat Trump.

“Needless to say, I am going to do everything in my power and I will work as hard as I can to make sure that Donald Trump does not become president of the United States,” Sanders said, standing in the White House driveway with his wife, Jane, at his side.

In another sign of Democratic unification, Sen. Elizabeth Warren made plans to endorse Clinton. The Massachusetts senator had been the only holdout among the Senate’s Democratic woman, and her endorsement would send a signal to Sanders’ progressive supporters that it’s time to unite around the party’s presumptive nominee.

Warren’s endorsement was to come Thursday evening in an appearance on MSNBC, according to two Senate officials who demanded anonymity to confirm the news ahead of time.

Clinton declared victory over Sanders on Tuesday, having captured the number of delegates needed to become the first female nominee from a major party. Her late and somewhat sputtering victory set off a fresh round of private phone calls and back-channel negotiations, all aimed at sussing out Sanders’ demands, easing him out of the race without angering his die-hard supporters and putting the full-court press on Trump.

Obama’s endorsement and Sanders’ visit were the public culmination of that work.

The White House taped Obama’s endorsement video at the White House on Tuesday, before Clinton claimed victory in the primary, and had alerted Sanders earlier in the week that it was coming. Sanders came prepared with his statement.

The careful choreography was part of the Democrats’ attempt to show some respect to the senator, even as they steered him toward the campaign off-ramp. 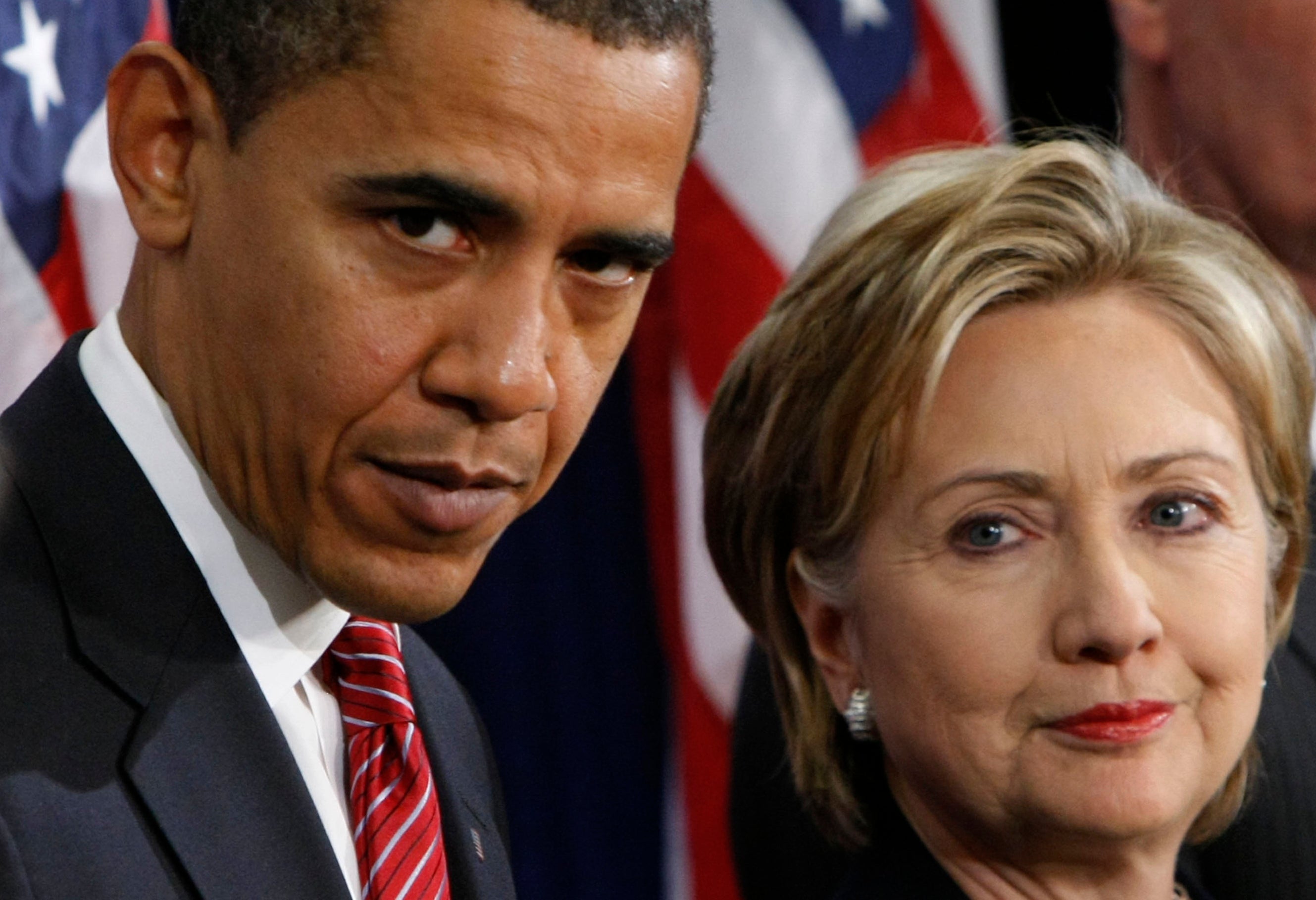 In this Dec. 1, 2008, file photo, then-President-elect Barack Obama, left, stands with then-Sen. Hillary Rodham Clinton, D-N.Y., after announcing that she is his choice as Secretary of State during a news conference in Chicago. President Barack Obama formally endorsed Hillary Clinton’s bid for the White House on Thursday, June 9, 2016, praising his former secretary of state’s experience and grit, and urging Democrats to unite behind her in the fight against Republicans in the fall. (AP Photo/Pablo Martinez Monsivais, File)

Obama greeted Sanders and his wife in the residence and then strolled with the senator, smiling and laughing warmly, past the Rose Garden to the Oval Office, as cameras recorded the moment.

The ceremony and scrutiny didn’t appear to faze Sanders. Ever the everyman, he started the day by stopping for a cup of coffee and a scone at the Peet’s coffee shop across from the White House, while dozens of reporters awaited his arrival.

Sanders’ campaign spokesman Michael Briggs had little to say about the conversation with the president, saying the men discussed “how we can all work together to create an economy that works for all people and not just the 1 percent.”

Sanders noted he still intended compete in the Washington, D.C., primary on Tuesday, the party’s final contest, but said his interest was largely in pushing for D.C. statehood. He was slated to hold a rally in Washington later Thursday.

“He’s not worn down, he’s not bitter, he’s not angry,” Schumer said after meeting with Sanders. “I told him I was proud of him and what he accomplished.”

The party’s delicate handling of the Vermont senator reflected Sanders supporters’ deep distrust of the Democratic establishment and its meddling in the primary.

Obama made a point of staying publicly neutral through the sometimes-bitter race, mindful that his involvement could tarnish his standing with parts of his own loyal coalition, namely young people and progressives.

Clinton is now counting on the president to help bring those voters on board. Obama has said he’s “fired up” and ready to get started.

On Tuesday, he responded to Obama’s endorsement by tweeting: “Obama just endorsed Crooked Hillary. He wants four more years of Obama_but nobody else does!”